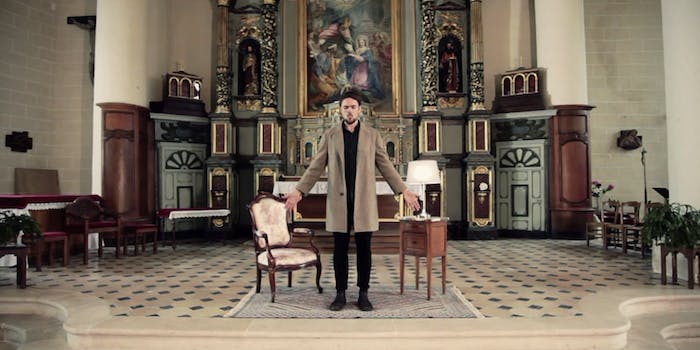 From church to basement to field, the song stays the same but sounds completely different.

One singer can perform the same song in 15 different locations, and it will yield 15 totally different sounds. That’s never been more clear than in this creatively edited video.

The acoustic phenomenon was previously displayed by the Wikidrummer in a video by the same production company. This time, one singer experiments with natural reverb in different settings, with no artificial reverb added. In this way, the same song can sound majestic in a church or simple and homespun in a basement. One scene during the video even includes an anechoic chamber, which produces no sound reflections.

The performer, Joachim Müllner, also composed and wrote the song.