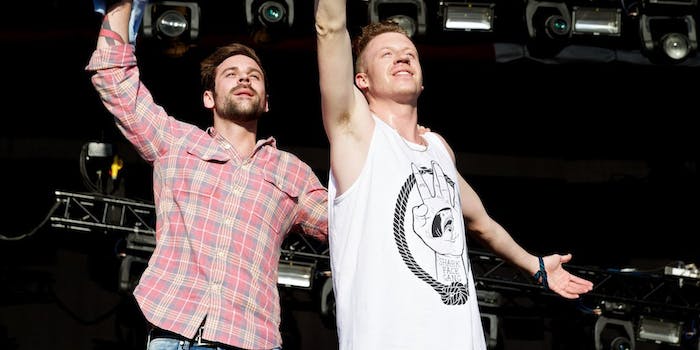 When it comes to wearing the viral video crown of late night, Jimmy Kimmel and Jimmy Fallon seem to be locked in a ceaseless battle of one-upmanship.

Kimmel had Drake take to the streets in the spring as part of his I Witness News Series. The rapper donned a fake beard, wig, and glasses before hitting Hollywood to get people’s candid opinions about him. Not to be outdone, Fallon had the bearded white guy that stands next to Macklemore, Ryan Lewis, hit the streets of New York disguise-free to answer some eternal questions.

Lewis was happy to indulge in a healthy dose of self-deprecating humor for our amusement, and we all learned a little more about the producer counterpart of Macklemore in the process.