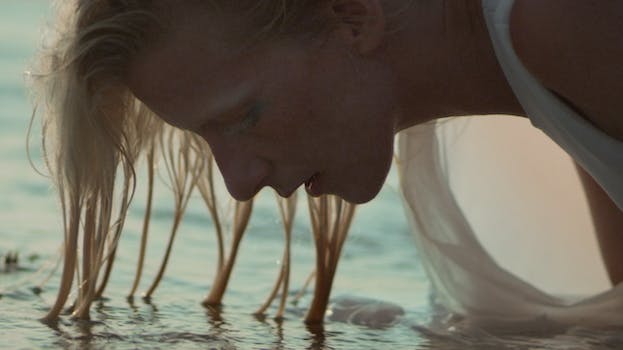 Behind the enigmatic genius of YouTube’s iamamiwhoami

Jonna Lee and co. are back, and more mysterious than ever.

The latest album by the mysterious iamamiwhoami is out on Nov. 10, announced by (bizarrely) Vogue. You can listen to the whole thing on SoundCloud right now, but iamamiwhoami’s work has always been more of an audiovisual experience.

Iamamiwhoami first emerged in January 2010 with an enigmatic YouTube video of dark, glistening body parts emerging from a tree trunk. More music videos were released over the next few months, titled with seemingly random letters and map coordinates and showing strange, wordless visuals of mud, running water, and people building structures out of office supplies in the middle of a forest. At first viewers wondered if this was some kind of alternate reality game or viral marketing ploy, but it gradually emerged that this was an art project by Swedish musician Jonna Lee, along with various collaborators.

To give you an idea of the early days of iamamiwhoami, here’s the kind of video they were releasing without context or explanation, confident that someone out there would be interested in what they had to say.

Fortunately, people were interested. Not only were the music videos attracting interest on an artistic level, but this was a rare example of a successful Internet mystery. During the early months of the YouTube channel, fans wondered if it was a project by Lady Gaga or The Knife, but after a few months they came to the conclusion that the woman in these videos was in fact Jonna Lee.

The band’s first livestreamed concert aired in November 2010, but the surreally fascinating nature of the iamamiwhoami project was far from over. The live performance had an in-person audience of just one fan, who had been selected by online poll to be iamamiwhoami’s “toy.” This audience member, YouTube user Shootupthestation, was led into a coffin, which was set on fire as part of an elaborately orchestrated performance involving Jonna Lee and several masked figures.

As iamamiwhoami fan Henry Fry wrote not long after that first concert, “What amazed me about the entire thing was that, despite having no idea what was happening for almost all the time, hundreds of thousands of people have been following this for an entire year. Indeed, surely it is the element of not knowing that keeps us interested.”

Iamamiwhoami’s new album is their third, titled Blue. Although you can listen now, most fans will be waiting for the individual videos for each song to emerge, as they will fit into the overall narrative of the band’s ongoing visual saga.