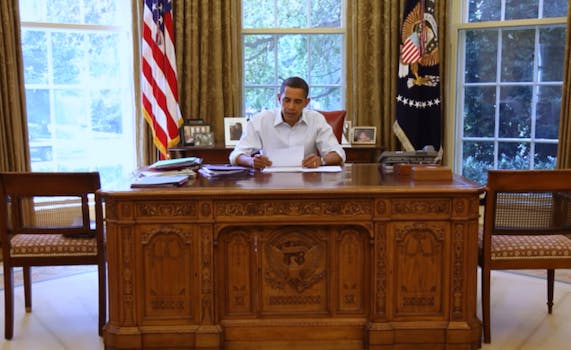 During the eight years of Barack Obama’s presidential tenure, YouTube has become an important part of Oval Office strategy. Now, with Obama’s second term set to expire later in January, the official White House YouTube channel has seen him off with a tribute. In a new video, common Americans—as well as celebrities like Ellen DeGeneres, Tom Hanks, and Kobe Bryant—talk about their favorite moments from the last eight years of presidential politics.

The video recaps some of Obama’s most memorable moments from his two terms, including his first inauguration, his action on gay marriage, and his decision to lift the American embargo on Cuba. As far as tributes go, this one is pretty fluffy, and viewers are eating it up. Four days after it was initially uploaded, it now has more than 2.4 million views.

No matter your opinion of Obama’s political legacy, there’s no denying his impact on the executive branch’s digital presence. Shortly after he took office, the White House YouTube channel had only 23,000 subscribers; now, it has more than 813,000 of them. Much of that growth is due to the growing importance of digital media during the 2010s, but the Obama administration has made substantial efforts to reach out to young consumers through digital platforms.

Will Trump’s administration continue to utilize YouTube? Early signs point to yes. All I can say is this: If you like the White House channel’s latest video, you should probably check it out now, just in case it suddenly becomes unlisted on Jan. 20.