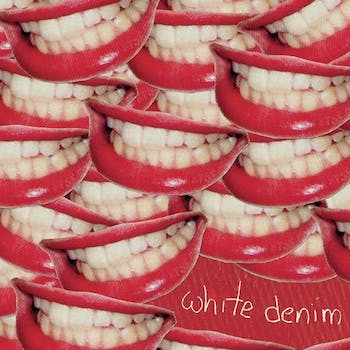 In Spotify Essentials, the Daily Dot curates custom playlists created by some of our favorite artists and Web community leaders. This week, bassist Steve Terebecki outlines the tracks that helped shape the sound and vision of critically acclaimed Austin band White Denim.

This playlist is a stream of consciousness of songs that I think of when I think of White Denim in its earliest stages. I’m sure we had many conversations about music, many that I don’t remember specifically, and these songs somehow leaked into my memory of our early talks and understanding of each other’s taste.

These are not influences necessarily. “Influences” is a word that always grossed this group out.  We trusted each other’s taste for the most part, and when it came time to record a song, we patiently waited to see what each other would do to see how the song would turn out without a great deal of conversation about influence. If a person was happy with his contribution, then the band was happy. At least that’s how I saw it.

If White Denim were a Venn diagram, this would be a cross section of our interests—but from my point of view. Inevitably, it’s probably a little heavy on my influence, but I definitely left out certain groups that I know don’t necessarily represent the others (Big Boys, Minutemen). I can’t really remember who I pushed when I joined the group; I think the main one may have been Sir Lord Baltimore. The majority of the rest of the playlist we already knew and liked, though I can easily say that James identifies with the S.O.S. Band as much as Josh identifies with Joyce.

There was a surprising amount of groups that we had a mutual love for. Of course, James [Petralli] and Josh [Block] have a history that goes back to their teens. When we entered van life, there was a great deal of mutual discovery. The merch guy from Tapes ‘n Tapes hipped us to Patto, and it blew all of our minds because none of us had heard that group. Nitzinger was also more of a mutual discovery. The huge common group we shared made it that much easier to explore and share.

I thought about adding a few more songs, but two hours is long enough right? I did add a Dukes of Stratosphear song because that was a real early staple in the WD listening.

As far as the Nickelback and Insane Clown Posse… sense of humor and irony has always been a part of this group (although mostly absent from D). We named our group White Denim for crying out loud. We certainly didn’t know it was going to be around for four records and three EPs. ICP and Nickelback represent some of the worst of the worst. It always has felt good and useful to hear a complete cross section of what was felt as “the best” and “the worst” of music. It completes the picture in a weird way. These two groups have filled that void for us even in the early days. They’re hilariously bad to the point of enjoyment again. It’s comforting to me to know (and I’m hoping that I’m not alone) that you can make music that is so ridiculous and that people can still relate to it. In this case it really helps to get a belly laugh out of the lyrics.