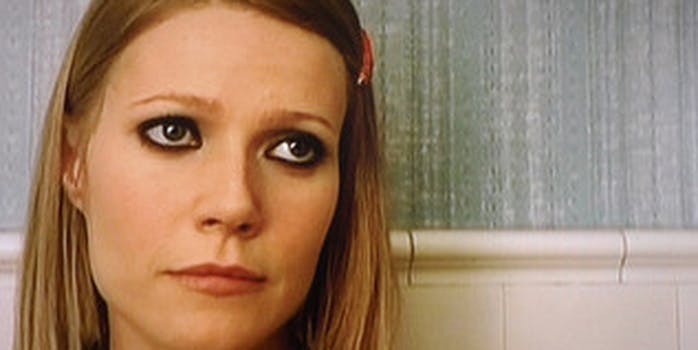 Could Whisper be the WikiLeaks for celebrity rumors?

By publishing a Gwyneth Paltrow infidelity rumor, Whisper is starting to gossip. Should TMZ look over its shoulder?

Vanity Fair chickened out, so Whisper got the scoop: An anonymous source says Gwyneth Paltrow is cheating. https://t.co/KhMbq9ooVY

Zimmerman also confirmed that he had checked that there was substance behind the rumor:

Rumors have been floating around that Paltrow is having an affair for a while now, but this is notable for its specificity (naming entertainment lawyer Kevin Yorn) and because Zimmerman has confirmed that the source is someone with “extremely close ties to Gwyneth” who he believes is telling the truth.

Zimmerman explained all this to Defamer, which is part of Gawker Media, where Zimmerman gained fame as the Internet’s most successful viral sherpa.

When Whisper hired Zimmerman away from Gawker, it seemed like an odd move. What would the king of viral do at PostSecret: The Second Coming? Now it’s becoming clear that one of Zimmerman’s jobs will be curating and vetting rumors (especially ones involving famous people) posted to the app.

But how, exactly, does an editor-in-chief verify posts that are supposed to be anonymous?

In the case of the Paltrow Affair, the source approached Whisper first and then posted afterward, so no one from the app went digging for an identity after a post went up. However, Whisper can look into its posters if something like that does happen, per its privacy policy.

@KateKnibbs yes, but they maintain their anonymity within the service at all times.

This wasn’t exactly super-helpful; it’s still unclear whether Zimmerman can message the purveyors of potentially explosive gossip directly, whether he can look at their former posts to suss out whether they’re big fat liars or not, or whether he can look at their phone number (if provided) to call them up and ask them what the deal is. We reached out to Whisper for clarification about how this vetting process works, but we have yet to hear back.

There’s also the possibility that Zimmerman’s job entails getting these types of tips and then working with the gossipers to get those posts on Whisper. Or perhaps Whisper is doing a combination of all of these things to turn itself into an app tabloid.

Although Whisper’s terms of use explicitly forbids libelous and defamatory material, the app gives itself an out for hosting posts that end up being rumors. The app’s community guidelines state:

Note that an allegation of defamatory expression, in and of itself, does not establish defamation. The truth or falsehood of a bit of expression is a key element in establishing defamation, and we are not in a position to make that sort of fact-based judgment. That said, if we have reason to believe that a particular statement is defamatory (a court order, for example), we will remove that statement.

So don’t expect the Gwyneth post to go down until her lawyers get a court order. And do expect more scoops like this to get posted on Whisper.