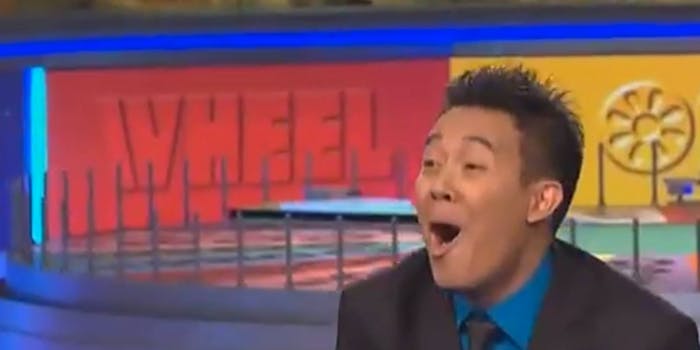 Could you solve these ‘Wheel of Fortune’ puzzles in one guess?

A Wednesday morning retweet concerned me with CBS gameshow Wheel of Fortune for the first time in a half-decade.

Tonight’s “Wheel of Fortune” features most amazing solve in my 30+ years on the show. No kidding.

Sajack’s hosted the nightly word find since 1983, which makes that quite the lofty claim. And Emil’s answer was spectacular. But was it the best Wheel of Fortune answer ever?

Last night’s winner’s circle round yielded an “N” and an “E” on the first word of a three-word “thing” Emil was able to guess on his first guess.

Pretty crazy, right? Turns out Sajack’s a sensationalist. The best Wheel of Fortune riddle happened in 2010.

Unlike Emil, Burke avoided jumping around the floor like an idiot, but she did win a trip to the Caribbean.

“Is that just me, or is that the most amazing solve we’ve ever had?” Sajak asked back then.

That Sajak, ever the sensationalist.