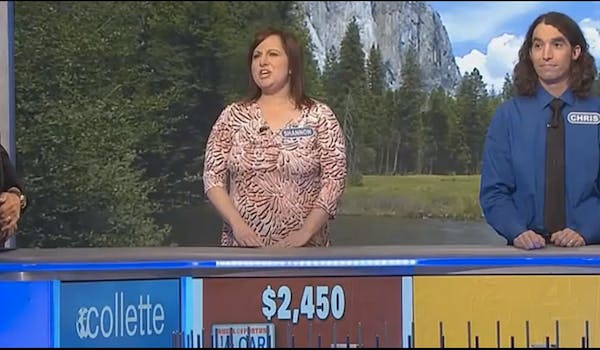 She'll be able to buy a lot of vowels with her winnings.

Sometimes Wheel of Fortune contestants are simply super human, which seems to have been the case with May 11 contestant Shannon Buganski, who simply dominated her entire show with near perfection.

She landed on the $10,000 wedge, both half of the car wedges, won a trip to Italy, and even snagged the $1 million wedge during one round. We won’t ruin it for you, but she even casually guesses the final puzzle without even trying out a few duds first. Insane.

Her only flaw was not actually getting the $1 million envelope on her bonus round win, if you can even call that a flaw. In total, Buganski took home $86,368 in cash and prizes.

Although the poor other contestants who are completely blocked out of playing during her run look pretty unenthusiastic at the start, by the end even they are cheering for her. You can’t help but love it when someone is just that good.