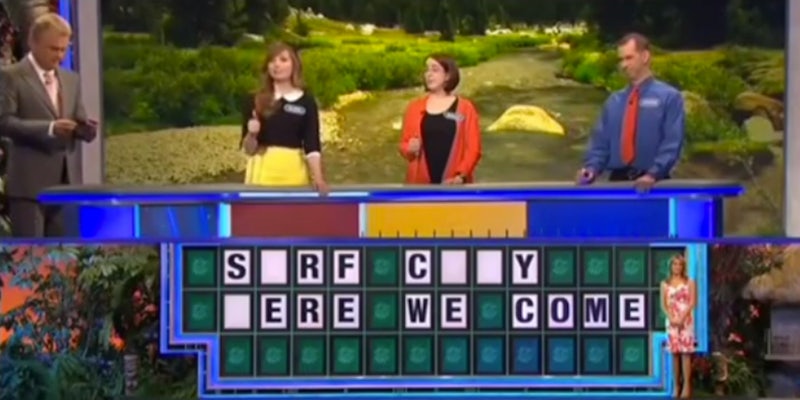 This terrible ‘Wheel of Fortune’ guess makes no sense at all

Even Pat Sajak is raising an eyebrow at Stephen.

The pressure to get everything right on a game show is even higher these days. If you mess up, not only will you embarrass yourself on national television, but the recap will circle the Web for the next 24 hours.

The latest contestant on Wheel of Fortune to fall victim to the curse of blundering is Stephen, who almost had the answer right in front of him. He didn’t have any trouble pronouncing words like another contestant, but his attempt at guessing the puzzle wasn’t any better.

Apparently he’s not a Beach Boys fan—and somehow saw words that weren’t even on the board.

Even Pat Sajak had to wonder how he came up with that one.