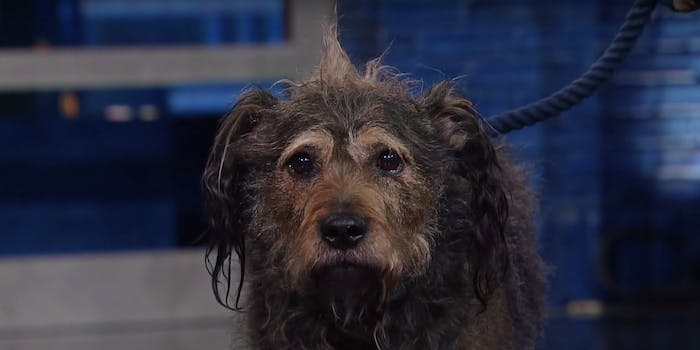 The Westminster Dog Show highlights some of the world’s most impressive dogs, but somebody has to spread the love to everyone else.

The Late Show has the rare office that allows its employees to bring their dogs into work, so Stephen Colbert did a segment with some of the dogs that didn’t make it very far at the dog show.

So what if they have matted hair, are unable to stop themselves from putting everything in their mouths, or can’t keep their tongues in their mouths? Colbert and their owners clearly love them.

To be fair though, they’d probably fit right in with this guy.