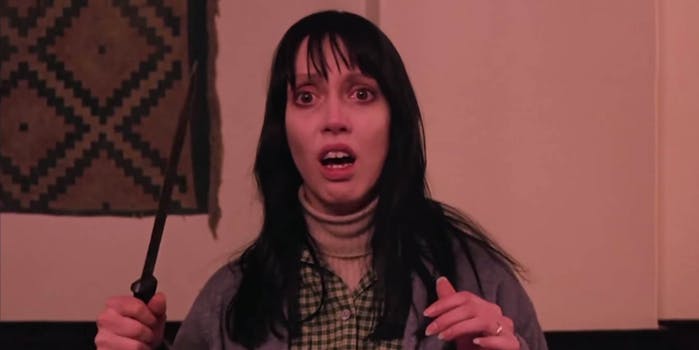 The Shining has been recut as a screwball comedy and mashed up with Dumb and Dumber, but throughout it all, one thing has been missing: Wes Anderson‘s The Grand Budapest Hotel.

Anderson’s precious, pale films have provided material for many mashups, but this one is especially appropriate, because both Anderson and The Shining director Stanley Kubrick prefer center-balanced camera angles and long tracking shots, and the films’ respective hotels—the Grand Budapest and the Overlook—are both cavernous, gilded labyrinths hiding secrets.

Faced with these similarities, Steve Ramsden had no choice but to cut them together.

This is great, but personally, we’re more into the idea that The Shining and Frozen are the same movie.