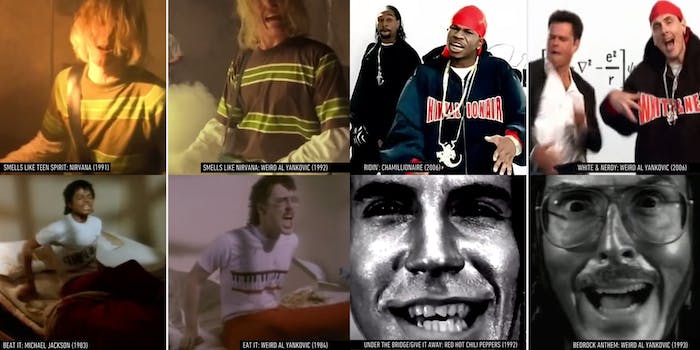 For eight days, he released a vast collection of music videos for his new album with a variety of visual techniques like a lyric video and stop-motion animation, but sometimes he’s at his best when he replicates the original music video to the very last shot.

The Verge gathered some of of Yankovic’s best videos and put them side-by-side, and his precision is uncanny. It’s not just dressing up in the same outfits. He also does many of the same moves, and in some cases, it’s filmed at the same location.

And it’s not tacky at all.