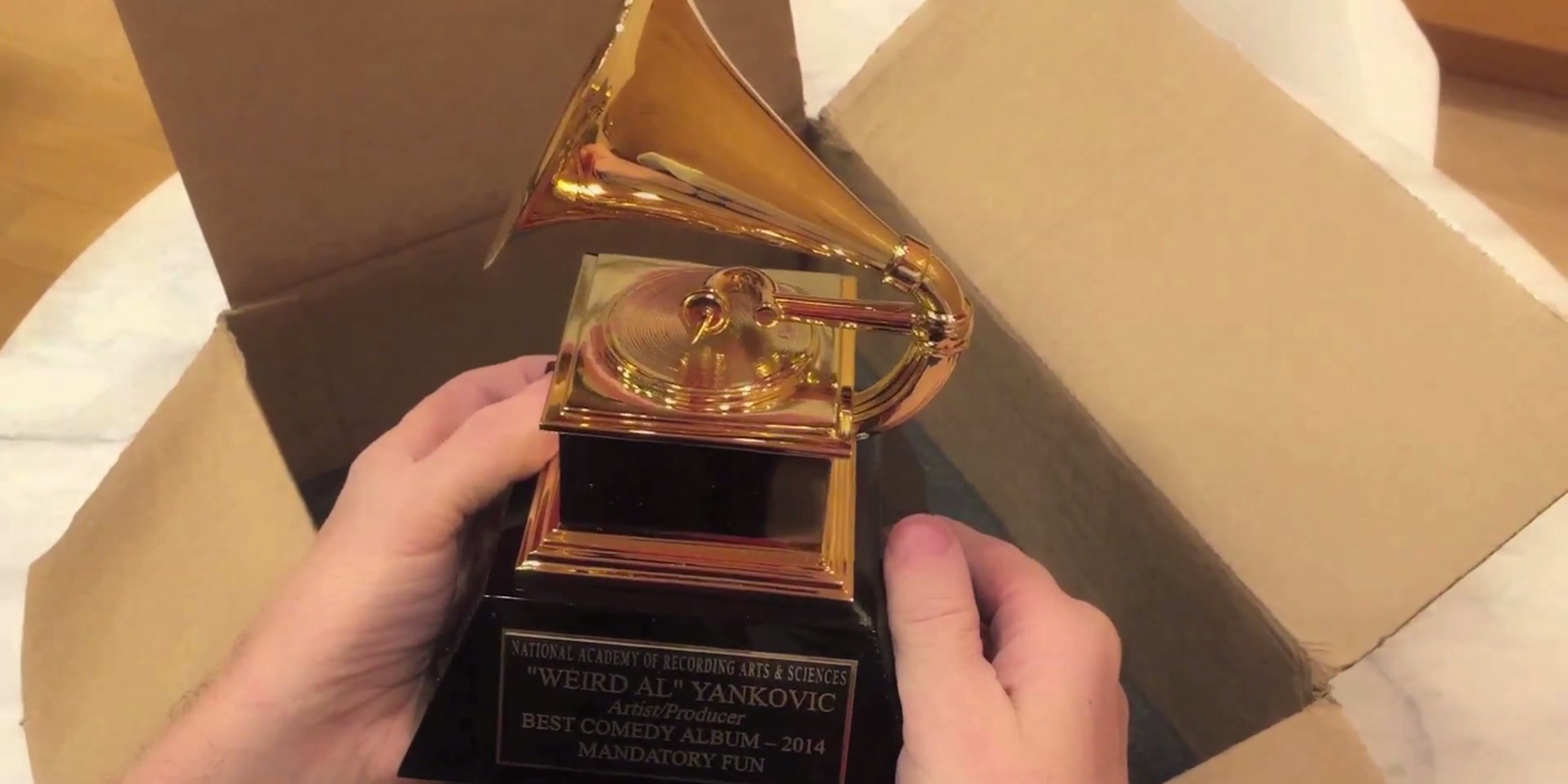 ‘Weird Al’ Yankovic reveals his Grammy in an unboxing video

It's not his first, but it's still every bit as exciting.

Not every artist who wins a Grammy gets to walk home with it right away, but they do get to have a quiet moment when they finally receive it. Well, unless you’re “Weird Al” Yankovic and decide to showcase it for everyone in an unboxing video.

It took about three months for the National Academy of Recording Arts and Sciences (NARAS) to finally send him his Grammy, so he decided to take his sweet time opening it and focusing in on the finer details.

Since most of us will never get a Grammy, Yankovic walks us through what you can and can’t do with the award—and the box it comes in.

And besides, he’s just gonna toss them with the rest of his Grammys anyway.