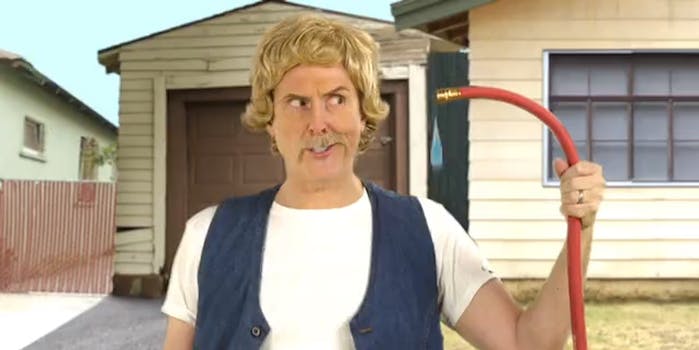 He's got the toolkit, for starters.

We’re now halfway through “Weird Al” Yankovic’s eight music videos in eight days, and this time he’s showing off even more of his toolset.

His first few were high-concept—“Word Crimes” turned “Blurred Lines” into a giant grammar lesson, and “Foil” was about more than just aluminum—sometimes it’s effective to go for the simple approach. His next video is for “Handy,” which spoofs Iggy Azalea’s megahit “Fancy,” and it’s nothing more than about his capabilities as a fixer-upper.

Toilets, sinks, walls, floors—there’s nothing Yankovic can’t fix, or at least attempt to repair. And he’s got a hell of a toolkit to boot.

Can he fix the music industry? Considering how well Mandatory Fun’s already doing, we wouldn’t put it past him.