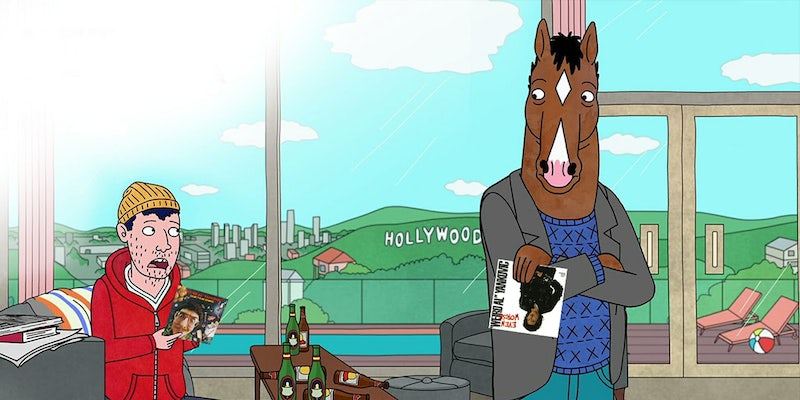 ‘BoJack Horseman’ welcomes ‘Weird Al’ to the herd in season 3

Time to start taking bets on what type of animal he'll play.

Season 3 of BoJack Horseman is under way, and according to Weird Al’s Twitter, there is at least one awesome guest appearance lined up.

The comedian tweeted out a photo of his script Wednesday afternoon:

While no other guest stars for the season have been announced yet, Will Arnett, Aaron Paul, Amy Sedaris, Alison Brie, and Paul F. Tompkins will all be returning in 12 new episodes in 2016.

Time to start taking bets on what type of animal Yankovic will play.