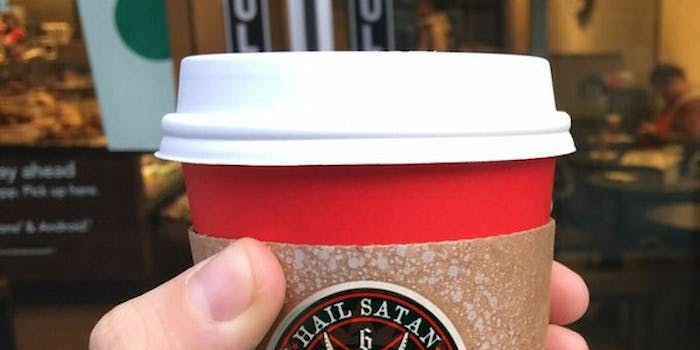 Weird Al has had enough of the Starbucks holiday cups

Starbucks may have caused a stir this week by debuting minimalist cups for the holiday season, but Weird Al Yankovic’s local branch seems to have taken things a step further.

The comedian tweeted out a photo of a very suspicious cardboard sleeve Wednesday:

While nearly all of the replies to his tweet understand that he’s kidding, as always, a handful of people are quite confused:

@alyankovic I heard about this, not surprised hahaha

Stay blessed out there.