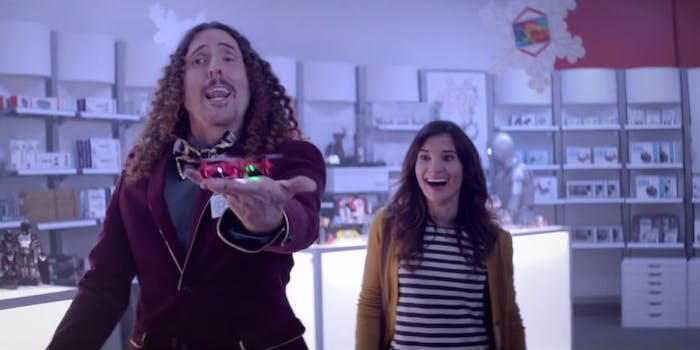 Weird Al partners with RadioShack to sing about drones... and the holidays.

Weird Al Yankovic has a new tune perfect for the holiday season.

We may still be debating whether it’s too early to start seeing Christmas commercials—such as the annual tearjerker from John Lewis—but this Yankovic ad for RadioShack is his first commercial in 30 years. It’s less tears and more laughter (and joy!)  this time around on the Yankovic tune, even if it’s in the name of commercialism. If anything, it reminds you that RadioShacks are still a thing.

You can download his full Auto-Tuned take on “Toyland” via Shazam.