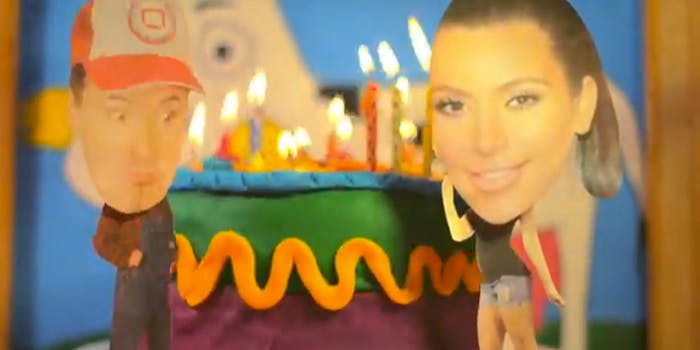 Weird Al calls out celebrity culture in his latest video

Do you remember the week you willingly watched seven new Weird Al videos?

Do you remember the week you willingly watched seven new Weird Al videos?

Yes, Weird Al Yankovic has pulled off the best experiment ever for waning Internet attention spans: To promote his new album, Mandatory Fun, he’s released a video a day as part of the #8VideosIn8Days experiment, starting last Tuesday with his “Happy” parody. (His video for “First World Problems” got an exclusive debut on PopCrush yesterday.) He’s even approaching a No. 1 record—his first ever—if he can elbow Jason Mraz out of the way.

His latest video is for “Lame Claim to Fame,” which doesn’t parody a specific song, but rather calls out our obsession with celebrity culture, and knowing somebody who knows somebody. The clip features a guest appearance from Dr. Demento, the radio personality who brought Weird Al to a larger audience, so there’s some genuine hat tips amongst the call-outs.

No doubt some people are experiencing Weird Al burnout after this run. He’s been everywhere this week, the fly in the ointment. And yet, he’s done what many of the celebrities he calls out have not: He’s stayed true to his image and his mission. He’s simply continued to be Weird Al.