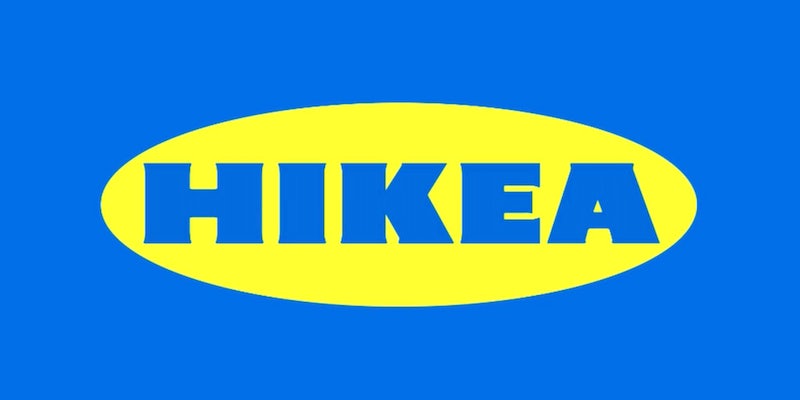 If there’s one thing all millennials hate, it’s adulting. There is no greater symbol that you’ve become a “grown up” than that initial trip to IKEA and when you make the seemingly impossible attempt to build your first piece of furniture. It’s frustrating and disheartening, and it inspires many to turn to alcohol to finish the job.

Hunter Fine and Alex Taylor, the producers behind a new webseries called HIKEA, empathize with that struggle. HIKEA, which premiered its first two episodes Tuesday, is a series where people attempt to build IKEA furniture while under the influence of drugs.

Fine and Taylor are creative advertising directors who understand the trials and tribulations that go into building IKEA furniture. Taylor told the Daily Dot that the two of them have plenty of ideas like the webseries, but the name HIKEA is what inspired them to follow through with what they call a “social experiment.”

“It was difficult at times and really strange, but I’m glad we did it and we followed it through,” Taylor said. “I think what we ended up with was pretty fun and human stuff. It was also relatable, because the IKEA experience is one that we can all relate to.”

To create the series, the duo hired a film team, consisting of just two cameramen and a boom operator, and put out a Craigslist ad to find actors willing to participate. Fine said finding the participants was one of the most interesting parts of the process because they received plenty of strange responses—like, for instance, drug addicts looking for an easy way to obtain more drugs.

In the premiere episode, participants Gianncarlo and Nicole took LSD and attempted to build a cabinet. Gianncarlo–who said in the video that he has taken acid about five times–stayed much more composed than first-time LSD user Nicole.

“We have a task at hand and we have something we have to do, but at the same time, we’re having fun,” Gianncarlo explained as he wielded a screwdriver. Meanwhile, Nicole sat next to him, laughing maniacally and playing with her own hair for the majority of the video. The two take about three hours, 53 minutes to build the cabinet.

“That’s it. I will never build furniture on acid again,” Nicole said once the cabinet was finished.

In the second video, Keith does mushrooms as he builds a desk. Fine said they hired Keith because he had experience smoking pot on the Daily Show so they felt confident he wouldn’t lose control during filming.

As he was about to begin building, Keith looked at the camera and said, “I feel like on the shrooming scale, I’m somewhere near bananas.” Keith had a much harder time putting together his desk than the previous couple. Halfway through the video and before he even completed one step, he quit.

“This is a book of lies,” Keith exclaimed, raising up the IKEA manual. With encouragement from the HIKEA crew, Keith pressed on. In the end, Keith took five hours, 37 minutes to build his desk—and he skipped 12 steps in the process.

Fine and Taylor said they plan to continue developing the series, as long as IKEA doesn’t shut them down. At press time, IKEA had yet commented on the HIKEA webseries.