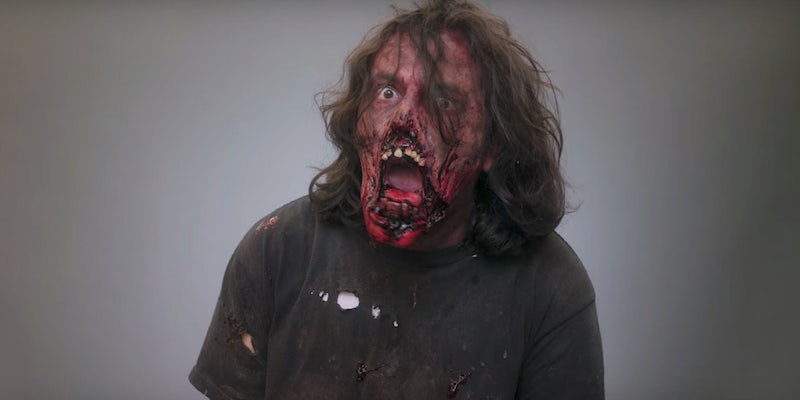 Some of the most popular YouTubers are included.

Fight of the Living Dead is returning this Halloween with more YouTube stars, including Jake Paul, “fighting killer zombies.”

The YouTube Red show—which last year starred FouseyTube, JC Caylen and Tré Melvin—traps the celebs in a real life game in an “epic location” in which they have to fight off flesh-eating monsters.

“All bets are off as they must decide between forming an alliance with a rebel organization or following the potentially nefarious directives of underground government organization CONOP,” the press release said. “The rules of the game remain the same … DON’T. GET. BIT.

Watch the trailer for Fight of the Living Dead: Paradise Calls below.

The eight-episode season of Fight of the Living Dead: Paradise Calls will premiere on YouTube Red on Oct. 31.