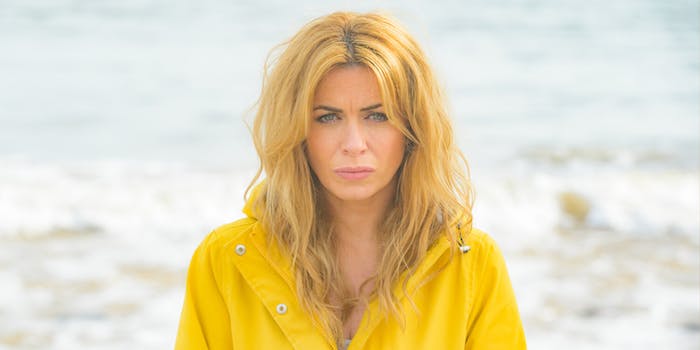 How to watch ‘Keeping Faith’

Faith Howells digs up the secrets lying just beneath the surface.

Family lawyer Faith Howells was living the good life until her husband suddenly disappeared. Worse still, the police consider her the prime suspect in the disappearance. In an effort to clear her name, she hits the beat on her own to dig up the truth behind the loss of the man she loved––and thought she knew.

What she uncovers is the seedy underbelly of her small Welsh community, not to mention more than a few big secrets about her missing husband. The Guardian calls it “a bit like Big Little Lies in rural Wales.”

Here’s everything you need to know to watch Keeping Faith online.

What channel is Keeping Faith on?

Keeping Faith airs on BBC One in the UK and is also distributed in the U.S. on Acorn TV.

How to watch Keeping Faith

Nobody does mystery, drama, comedy, or documentaries quite like the folks in the British Commonwealth. Trouble is, getting shows like Line of Duty, Murdoch Mysteries, My Life Is Murder, and Keeping Faith stateside is rather difficult.

Luckily, streaming service Acorn TV compiles these hard-to-find gems from Britain, Ireland, Australia and beyond in one convenient destination. Plus, like any great streaming service, there are fantastic original series including Agatha Raisin, Loch Ness, Manhunt, and Mystery Road. New shows are added weekly, so there’s always something new to catch once tea time rolls around.

You can try the service free for a week before committing to subscribing. After that, it’s only $5.99 a month or $59.99 if you pay for a year all at once. Best of all, you can even gift a subscription to the Anglophile in your life.