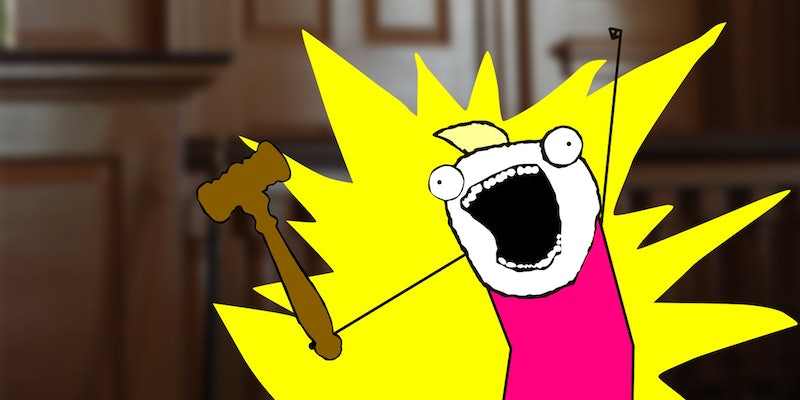 Good thing the studios are keeping those criminals off our streets.

According to the Korea Times, the country’s oldest English-language paper, six American television studios, including Warner Bros. and 20th Centrury Fox, have hired a local law firm to sue the alleged rogue subtitlers for violating the studios’ copyright of subtitles. One officer told the Times that the studios believed the group to be facilitating some of the most-pirated of their shows in the country.

Koreans who create their own subtitles without permission face up to five years in jail or a fine of up to 50 million won, according to the Times.

A quick perusal of Reddit‘s r/Korea shows it’s apparently quite easy for Korean speakers to get translation for the American media they love. Websites like Filenori allow users to simply download a file that inserts subtitles into corresponding shows.

Warner Bros. didn’t respond to the Daily Dot’s request for comment, and 20th Century Fox was closed for the 4th of July.