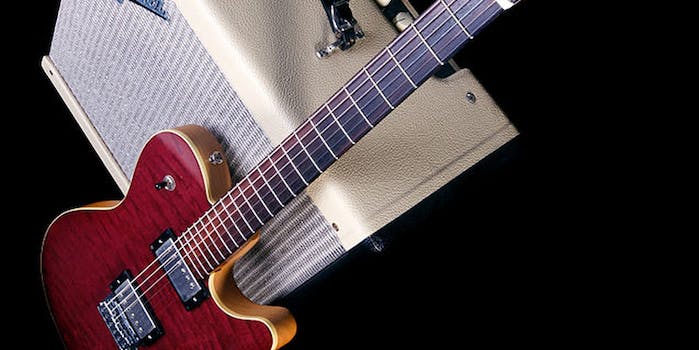 Endorsed you for a skill: rocking out.

This may come as a surprise to many music fans, but, as any musician who has spent weeks driving around the country in a smelly van will tell you, being a rock star is a job like any other. Sure, an investment advisor for a credit union stage-dives slightly less than the lead singer for a punk band, but paying the bills is still paying the bills.

That tension is something singer-songwriter Walter Matin explores in the inventively unorthodox way he released the single for his upcoming album. Martin, who spent over a decade as a multi-instrumentalist for the whiskey-soaked yet heartfelt New York indie rockers the Walkmen, dropped his newest track on LinkedIn. The button-down social network for try-hards hoping to network their way into a dream job isn’t exactly the first place people go to discover new tunes, but Martin’s release strategy makes perfect sense. Entitled “Jobs I Had Before I Got Rich,” the song recounts a list of crappy jobs Martin had before becoming a professional musician—ranging from pizza delivery guy to art museum switchboard operator.

Told in chronological order, the song’s lyrics are listed as job descriptions in the “Experience” section of Martin’s LinkedIn page.

“Freshman in college I was delivering pizza/But to deliver one pie was a half an hour round trip/And college kids, man, they don’t tip,” Martin writes of the delivery gig he had for a few months in the mid-1990s. “So I quit, and it was their loss/’Cause I was the only driver not stealing from the boss and siphoning gas from students’ cars.”

The 13 years Martin spent in the Walkmen, who broke up in 2013 after seven albums, is listed under education rather then experience because, while while being a rock star may still be a job, it’s pretty fun work if you can get it.

Martin’s upcoming album is slated for a January release.