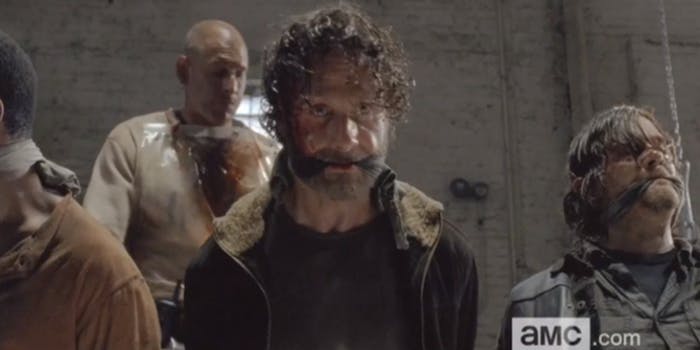 Watch the first 4 minutes of the ‘Walking Dead’ premiere

Season five of The Walking Dead premieres tonight on AMC, and the fandom has been patiently awaiting its arrival. There was, of course, some Bad Lip Reading to tide us over.

Yesterday, AMC ramped up the promo machine and released the first four minutes of the new season before tonight’s premiere, which you can watch here. So. Much. Tension.