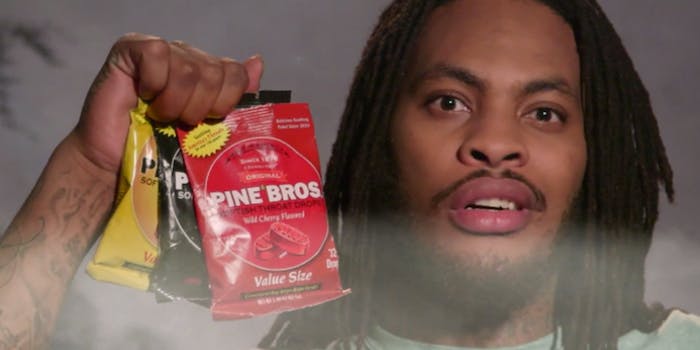 During the American Music Awards on Sunday night, the rapper appeared in a short ad for Pine Bros. Softish Throat Drops, which is a real product you can buy at Walgreens. He also appeared in a cloud of smoke, so as not to mislead the public about why exactly he uses the product: Because of its all-natural ingredients, naturally.

Earlier this month, Waka sifted through a mountain of resumes for a professional blunt roller, thus furthering his pro-weed brand. Don’t be surprised if Pine Bros. throat drops are sold out at your local Walgreens now.