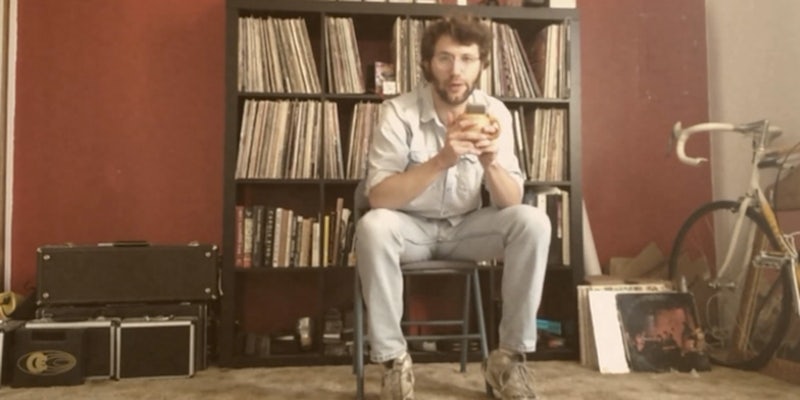 Spotify apparently did not enjoy the silence.

In March, a Los Angeles group called Vulfpeck launched an unconventional campaign to fund their upcoming tour: The band released a completely silent album on Spotify, called Sleepify, and asked fans to stream it while they were sleeping.

It was a pretty genius workaround.

A Spotify representative called it “a clever stunt,” but slagged the effort as “derivative of John Cage’s work.”

Some critics warned that essentially ripping off Spotify could hurt other musicians attempting to make money on the site. People also applauded the band for turning the tables and attempting to get the payout artists deserve. The band reportedly earned $20,000 in Spotify spins.

Then late last month, Spotify notified Vulfpeck that the album would be removed from the site.

On April 22, Vulfpeck posted to its Facebook page, letting fans know that Spotify asked them to remove the album. The band included an “official statement” in the form of a three-track response album, including the song #Hurt, which is, ironically, currently on Spotify.

When emailed for comment, a Spotify representative told the Daily Dot, “I’m afraid we don’t really have anything more to say on this one. Sorry.”

The band’s fans tussled with Spotify reps on Twitter last week, trying to get to bottom of the abrupt removal.

@danwatsonmusic Apologies, bit of a mix-up there. The guys @SpotifyArtists have already talked with @vulfpeck and can help further if needed

@danwatsonmusic @vulfpeck As you know, we think Sleepify was a clever stunt (reminiscent of John Cage) but we prefer your earlier albums!

The band’s keyboardist Jack Stratton, who appeared in the band’s promotional video for Sleepify, told Noisey he thinks Spotify “panicked when they realised someone was actually making money from the music,” but added that Spotify said it was receiving similar silent submissions in its email to the band.

It remains to be seen whether Vulfpeck will receive the money from Sleepify—they’ll apparently know sometime this month—but this experiment has been interesting in terms of highlighting Spotify’s strengths and weaknesses, and how easily its business model can be deconstructed. When asked if he thinks Spotify is now their enemy, Stratton says he’s still a fan:

“I make a joke in the Sleepify video about how Spotify will throw in the history of recorded music if you sign up for Sleepify,” Stratton said. “As a band though, you have to be practicing yoga and eating grass-fed butter to face the coldness of the free market.”