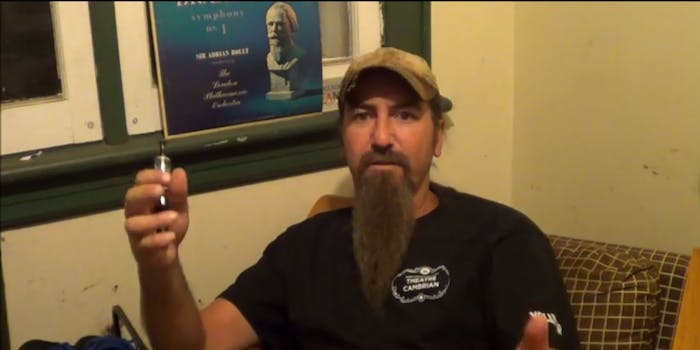 Some viewers felt that the content shouldn't have been uploaded.

Warning: This article contains content that may disturb or upset some readers.

Most vlogs out there document the day-to-day minutiae of the vloggers behind the camera. For Canadian YouTube vlogger marcelstjean and his wife, another ordinary day of vlogging took an unexpected—and unfortunate—turn when they came across a dead body in the street.

En route to a rib festival in Severn, Ontario, the vloggers came across several visibly intoxicated men in the street; three of them were able to walk and stumble out of the shot; two others were lying motionless on the cold asphalt. Marcelstjean approached the pair on the ground, and while one responded to him, the other couldn’t be woken up at all. It didn’t take long for the worst suspicions to be confirmed: The man had died hours prior.

Out of respect for the deceased, marcelstjean censored his face.

Once the video was posted to Reddit, comments and opinions predictably rained down. While some felt that the content shouldn’t have been uploaded, others not only thanked marcelstjean for sharing the video, but also commended the pair for remaining calm and collected during the ordeal.

Since uploading the footage Aug. 31, marcelstjean has not commented publicly on the matter.