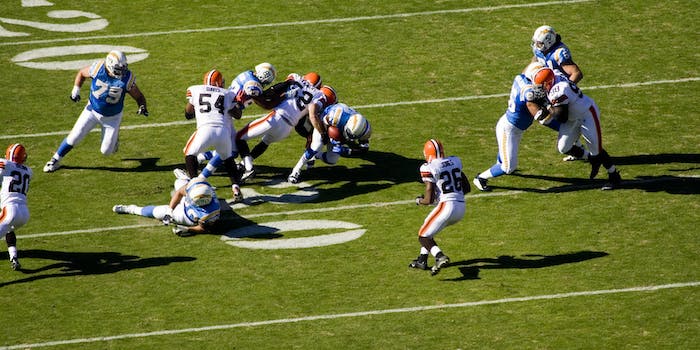 Daily fantasy sports websites like DraftKings and FanDuel can celebrate a rare win amid a sea of bad news. Virginia just became the first state to explicitly legalize their operations.

Last weekend, FanDuel said it would stop operating in Texas because of legal concerns. (DraftKings, meanwhile, continues onward in the Lone Star State.) The news has been grim for the industry ever since news broke that a DraftKings content manager won $350,000 on FanDuel during the same week he accidently leaked inside information from his own site.

The FBI and multiple states’ attorneys general are investigating the legality of the daily fantasy sports (DFS) industry, citing concerns about whether the activities count as gambling or games of skill. Nevada and New York have banned DFS companies, while Texas has made it clear that it thinks they’re acting illegally.

But Virginia has embraced the industry, classifying DFS as games of skill. Virginia Gov. Terry McAuliffe on Tuesday signed into law the “Fantasy Contest Act,” which the state legislature passed in February.

DFS sites must now pay an initial $50,000 fee in order to operate legally. They must also submit to two independent audits every year.

“Today, Virginia became the first state in the nation this year to put in place a thoughtful and appropriate regulatory framework to protect the rights of fantasy players,” DraftKings said in a statement. “We thank Governor McAuliffe for his leadership and advocacy and are hopeful that other states across the country will follow Virginia’s lead. We will continue to work actively to replicate this success with dozens of legislatures and are excited to continue these efforts.”

Not everyone is pleased with Virginia’s decision.

Because the bill doesn’t differentiate between daily fantasy sites and season-long fantasy sites, some critics argue that the bill is overly broad. And some sites that aren’t as big as DraftKings and FanDuel are upset at the fees they’ll have to pay to do business in the state.

“It really puts us out of business in [Virginia].” David Gerczak, co-founder of myffpc.com, told the Virginian-Pilot.