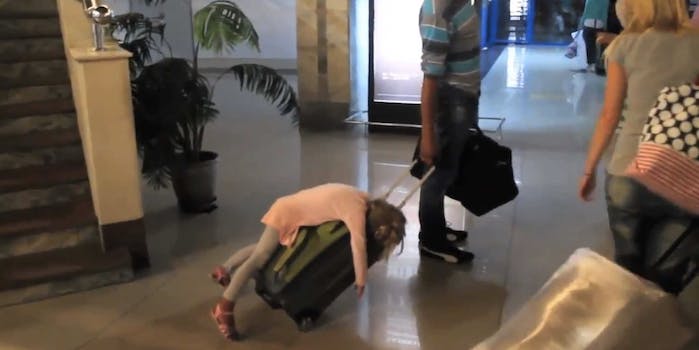 Back before “viral” was an oversaturated and gross marketing word, one man made it his mission to bring a little cohesion to your obsessive video tendencies with Viral Video Film School.

The series is the brainchild of Brett Erlich, who helmed it as a segment of infoMania, Current TV’s half-hour long satirical news show that ran from 2007 to 2011. When infoMania went off the air and Current TV subsequently became Al Jazeera America, the site wiped all of the clips, although some enterprising fans illegally reuploaded a few (Erlich’s take on bears is a Web classic.)

The series jumped to a YouTube account in 2010, but then went dormant until last week, when vintage episodes were moved from private to public on the channel. Erlich then returned with an all new episode, “Kids Falling Asleep,” today.

In the years since Viral Video Film School’s inception, the world of viral videos has progressed to a celebration of singular videos that generate millions upon millions of views and get dissected both around the water cooler and on daytime TV. Erlich’s film school celebrates not the big hits, but the weird and lurking themes that pop up across video uploading site. In the newest take, it’s kids that fall asleep in the darndest places, from ski slopes to on top of luggage. Of course, he caps off the video by throwing some shade at adults who fall asleep in perhaps the most embarrassing place—on the toilet. If the Internet knows what’s good for it, Viral Video Film School will finally become the YouTube hit it deserved to be since contemporary memes were just a glimmer in your computer screen.