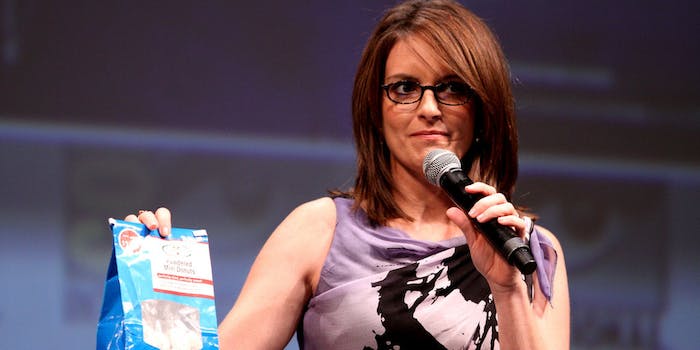 Two legendary performers sharing the stage before they were famous. What could be better?

Before they became bastions of modern comedy, Rachel Dratch and Tina Fey were known as Edwina Garth Burnham and the star of a fake play called Cunt Poems. The actual production, titled Dratch & Fey, found the women sharing the stage as they each simultaneously performed a one-woman show.

Dratch’s piece catalogued the life and times of a historical Ms. Burnham, “pioneer for women’s right to vote, mother, wife, aviatrix.” While Fey’s character was simply the star of Cunt Poems, the lowest budget version of the Vagina Monologues you can imagine. From there, things spiral into pure comedy gold as the production moves through sketches and scenes with a clip that no doubt earned them their roles on Saturday Night Live.

Sing praises to the comedy gods that someone uploaded a VHS recording of the show, which was performed at both Chicago’s Second City and New York’s Upright Citizens Brigade Theater from 1999 to 2000. The whole thing runs a whopping 47 minutes, with some analogue bugs popping up here and there. It’s a small price to pay for almost an hour of vintage hilariousness.