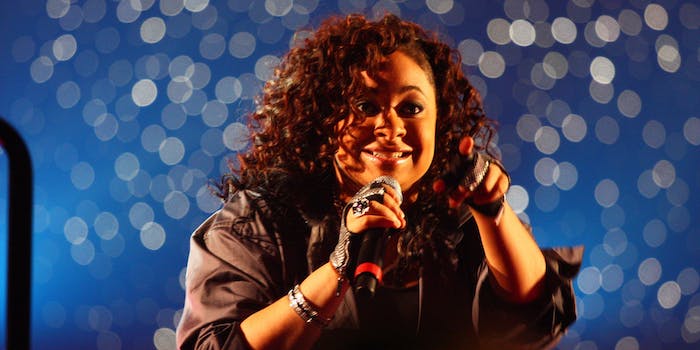 At only 28 years old, Raven-Symoné already has already left behind quite a legacy. From her turn as TheCosby Show’s adorable Olivia to taking center stage on the Disney Channel as psychic high school student Raven Baxter, the actress quite the list of credits to her name. But perhaps the most curious piece of her legacy to date cropped up on Vine late last month.

Popular Vine star Pookieboo posted a six-second snippet of her friend performing a dance inspired by Raven-Symoné, as noted in the caption, that sparked the viral dance craze known as “hitting the Raven.”

From there, users of the app took the instructional dance and its beat and began hitting the Raven in their own unique way.

Some stopped, dropped, and popped it one time in groups.

Others hit that Raven in the bathroom of all places.

Even the Air Force JROTC couldn’t resist hitting that Raven a few times.

While Symoné has yet to hit the Raven herself, she’s reposted some of her favorites on her Vine page. Now we’re just crossing our fingers and hoping that the cast of Game of Thrones will pick up on the viral dance craze and give a whole new meaning to hitting that raven.