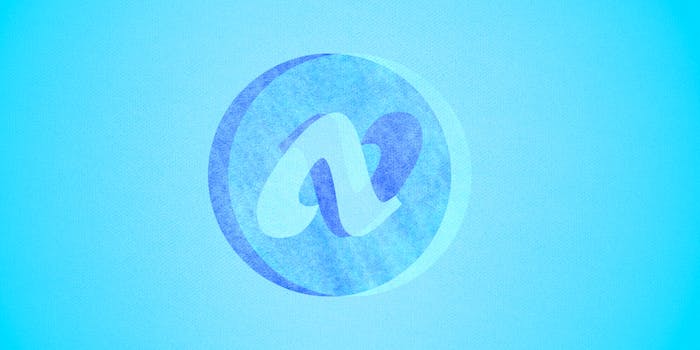 5 digital video platforms giving YouTube a run for its money

Their next moves might redefine the world of digital video.

With the Emmys now open to short form video production, the scramble to be among the first to win those accolades has begun. But just as important as who makes it will be where that content is featured. Just like streaming services like Netflix and Amazon gained legitimacy through awards, digital video outlets will be looking to prove that YouTube isn’t the only game in town for outstanding content.

These five services are 2016’s brightest stars in the digital video space, homes for content and proving grounds for future power players. While they may not see themselves as YouTube competitors per se, these outlets are vying for the digital attention of the same market of YouTube obsessives glued to mostly mobile screens. Their next moves might redefine the world of digital video.

Vimeo has long made the commitment to quality original programming, like High Maintenance and its newly launched Share the Screen female filmmakers initiative. YouTube-bred stars have launched pay-per-download titles on the service like Oscar’s Hotel, which set a sales record for the company. While it may not be the first stop on a digital video search online, Vimeo’s reputation for quality and commitment to original programming has helped elevate it for fans and creators alike.

In 2015 former Hulu CEO Jason Kilar launched Vessel, an early-access premium service that promised fans a better viewing experience for less than three dollars a month. Creators were offered hefty upfront payments to put their content on Vessel first, and even big names like Ellen DeGeneres signed deals to share their content, some of which is free and non-exclusive. Vessel is closing in on one year post-launch, which means the end of a 12-month free trial period for new subscribers. When the $2.99 a month rate kicks in, Vessel will see how many fans stick around for early access to their favorite stars, especially now that Vessel has moved to a no-ads model just like YouTube Red.

While stars on platforms like Vine or YouTube are old hat, the buzz on everyone’s lips at 2015’s VidCon was the rise of the YouNow star. It’s the service of choice for teens looking for immediate connection and the chance to earn some potential cash without the hoops of a brand deal or ad payouts. YouNow allows tipping for its biggest stars, checks that can be thousands for a single broadcast on a platform that puts a priority on creator discovery. Established stars have gotten into the act too, turning to the service to connect with fans for special events or build new connections. It even earned a Shorty Award category for its creators in 2016.

Verizon’s entrance into the digital video space is go90, an exclusively mobile platform that has partnered with established digital creators to produce new shows. The name go90 comes from the action of turning your phone 90 degrees to view video, and the service has launched series like CollegeHumor’s webseries Fatal Decision and a modern digital video take on MTV’s Total Request Live with AwesomenessTV’s Top Five Live. While it’s been primarily the domain of teen-focused content since its launch, go90 has also played host to big cultural moments like a Super Bowl livestream. Despite Verizon’s involvement, the service is open to anyone on mobile, regardless of service provider. While everyone else is figuring out how to develop for mobile in addition to their Web platforms, go90 has made that its sole focus, perhaps giving it a leg up in 2016.

Gamers might be big on YouTube, but they’re livestreaming themselves on Twitch, which started in 2011 as a branch of the now-shuttered streaming service Justin.tv. Twitch touts absolute dominance in the gaming world, and in 2014 Amazon stepped in as owner, following a rumored Google acquisition earlier that year. In March 2015 YouTube announced a focus on streaming options for gamers (and famously responded to Daily Dot’s request for comment with this gif). The trick to winning 2016 will be to see how far Twitch can branch into non-gaming content, but if its experiments with Bob Ross and Julia Child are any indication, there’s hope.