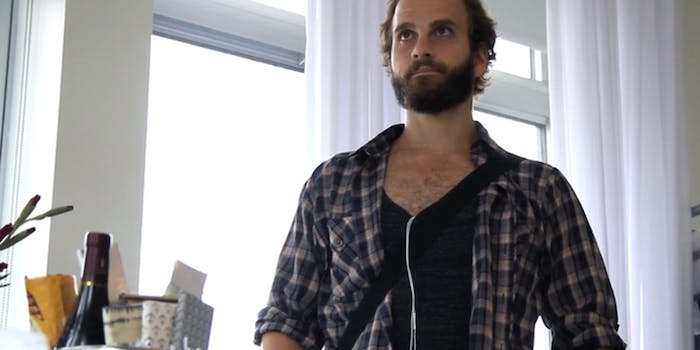 Earlier this year, Vimeo announced it would be investing money in crowdfunded films and original programming, in an effort to highlight the site’s audience development and Vimeo On Demand service. Yesterday, it announced its first partnership: the webseries High Maintenance.

In a statement about the partnership, Vimeo CEO Kerry Trainor explained that “[e]arlier this year we announced an initial $10 million investment to license content for distribution on Vimeo On Demand from creators seeking alternatives to ad-based models, and this is an exciting next step for the platform.”

The show, which stars co-creator Ben Sinclair as a weed delivery man in New York City, originated on Vimeo last summer and drew a devoted audience. Though the premise might suggest a plot full of weed jokes, the show is more character-driven, focusing on the people Sinclair’s character meets. This unnamed hero often lets his face do the talking in these scenes of deliverance, and it contains multitudes.

The people Sinclair visits are not stereotypes of weed culture, and credit for excellent casting should go to co-creator Katja Blichfeld, who’s perhaps best known as 30 Rock’s casting director. Hannibal Buress appears in one of the first season’s best episodes, as well as in another 420-friendly show, Broad City, which mirrors High Maintenance‘s talent for creating relatable, emotionally sketched characters. Both shows make the city a character. There’s a bit of Slacktory’s original series Tough Love in there as well.

Pricing for the series on Vimeo On Demand is yet to be determined, but you can watch the first 13 episodes on Vimeo now. It will be interesting to see how the company attempts to compete with Amazon, Netflix, and Hulu’s original programming.