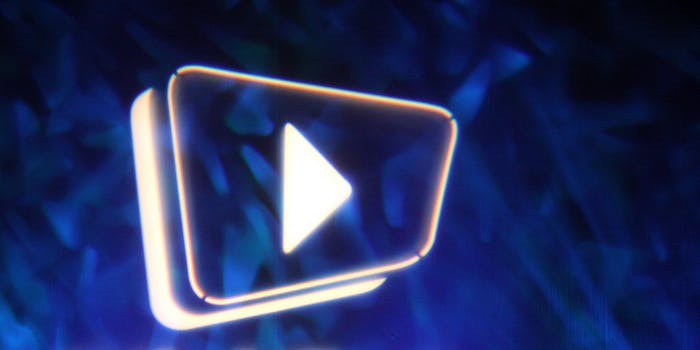 Every convention needs a code of conduct. So where is VidCon's?

In light of multiple abuse scandals in the YouTube community, it came as a surprise to discover that VidCon had no official code of conduct listed on their website.

VidCon is the biggest convention in the vlogging community, founded by vlogbrother and DFTBA Records co-owner Hank Green, and attended by many influential YouTube celebrities.

The inner circle of DFTBA-affiliated YouTubers has been under close scrutiny after several of its most popular musicians were implicated in abuse scandals earlier this year, many involving underage fans. Considering the number of previous VidCon headliners who have subsequently been dropped from DFTBA Records after allegedly taking advantage of vulnerable fans, VidCon’s lack of official anti-harassment policy comes as a shock.

This week, the thing that drew the YouTube community’s attention to VidCon’s lack of anti-harassment policies was a blog post from sci-fi author C.C. Finlay. In that post, he gave an account of what happened when he asked VidCon why they didn’t appear to have an anti-harassment policy in place. After submitting his question to the website, he received no reply until he publicly tweeted VidCon asking for a response, at which point they emailed him to say:

“As far as an official harassment and conduct policy goes, I don’t know that we have anything publicly available yet. VidCon attendees, guests, and staff are extremely respectful to each other, and we work hard to provide a safe environment at our event. It’s because of this that there hasn’t historically been a need for such policies. Though as VidCon continues to grow, I think it is important to have something in place, and we’re certainly looking into it.”

This turned out to be a rather inflammatory answer, not just because there have historically been examples of harassment at VidCon, but because following the allegations against DFTBA stars Alex Day and Tom Milsom back in March, Hank Green announced that he would be organizing a Task Force to help prevent similar cases in the future. Drawing up a code of conduct for VidCon seems like a pretty simple step towards achieving that goal.

Uh, @vidcon? You need a sexual harassment policy. Not just bc of the history of sexual abuse & potential for it, but out of common decency.

Wondering exactly what the DFTBA Task Force *has* done, if they didn’t start with immediately implementing anti-harassment policy at @VidCon

Okay, I think I’ve asked all the youtubers who’ve ever talked to me to join me in asking VidCon for a visible Harassment Policy.

It’s tough for grown adult in a situation of harassment to know what to do, let alone to expect teens to. Which is why policy needed, vidcon

(2/2) … it wasn’t the worst case scenario. But it was inappropriate and people shouldn’t do that. Even if it’s “for laughs”. Not funny.

Sexual harassment at fan conventions is already a serious problem at the best of times, so it’s no wonder that C.C. Finlay and other potential VidCon attendees were surprised to discover that there were no conduct guidelines listed on VidCon’s website. After all, this convention is largely geared towards bridging the gap between YouTube celebrities and their fans, many of whom are teenagers. And as the various YouTuber/fan scandals have already proven, this doesn’t always end up well, in part because there were no obvious guidelines in place to clarify the power imbalance between fans and creators.

Having clear anti-harassment guidelines not only deters inappropriate behaviour, but it also makes it easier for convention staff and volunteers to deal with instances when they occur. And inevitably they do occur, even at the friendliest of conventions. This is why the Con Anti-Harassment Project exists, and why there are already so many online guides to drawing up a useable conduct policy for your fan event. Claiming that a convention doesn’t need them because everyone is already nice and well-behaved is like saying you don’t need anti-theft laws because your house hasn’t been burgled yet.

The Daily Dot reached out to VidCon to clarify whether they had plans to implement any kind of harassment policy, and received a positive reply. It appears that there will indeed be a harassment policy in place for next month’s convention, and that “VidCon has always planned on disseminating and enforcing an official code of conduct policy prior to the execution of this year’s event.”

The email from VidCon’s representative continued, “It is true that in the past we have advocated for decent behavior and relied on the sound judgment of our guests, attendees, and crew to determine when the line was crossed, (and unfortunately we have had to remove disruptive attendees in the past), but this year we will spell it out point blank — we are currently refining that policy via our legal counsel, a community-based task force that was formed some months ago, and our service providers (security, venue, etc) to make sure that the “official” policy is legitimate, enforceable, and reasonable.”

This is good news for VidCon guests and attendees, and will hopefully put minds at rest. Still, the question remains as to why an anti-harassment policy wasn’t introduced months ago, at least before tickets went on sale for the event.