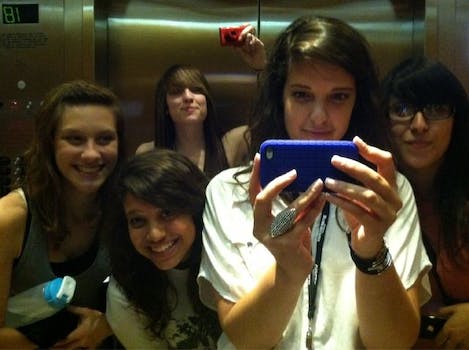 VidCon 2011 is where the YouTubers are

YouTube's masses descend on LA for a conference devoted to the culture of online video.

Can YouTube stars interact with their fans without a camera and a website as buffers? VidCon 2011, held this week in Los Angeles, will put their real-life abilities to the test.

For three days, socially awkward videobloggers and their fans will listen to each other speak in person, learn how to make more money, and most importantly, hang out and party together.

While that might sound boring to non-YouTubers—an increasingly small segment of the American populace, mind you—even they might find the excitement in footage from last year’s conference infectious.

VidCon 2010 was so spectacular, this gentlemen developed a video titled “Post Vidcon Depression.”

VidCon saw over 1,300 attendees in its first year and this year’s conference tickets sold out “earlier than expected”, according to the VidCon blog. The Hyatt Regency Century Plaza Hotel is preparing for a crowd of 2,500 YouTubers from all over the world. The words “fire marshal” has come up frequently in preparations, suggesting that even this venue might face capacity problems.

VidCon masterminds John and Hank Green, known on YouTube as the vlogbrothers, explained on the site that VidCon arose because  “they were most fascinated by the power and size of the communities popping up around online video projects… they realized something bigger and more organized needed to be done.”

Enthusiasm over this year’s VidCon is hard to ignore on YouTube, with YouTubers uploading videos of themselves talking about who they want to meet at the convention, packing for Vidcon, or expressing their sorrow at not being able to make it.

Searching the hashtag #VidCon2011 on Twitter shows attendees are loving the panels and making friends. One girl rushed home to watch nonexistent livestreams of the conference, another wondered about product placement at the conference, while more are sad they are not there.

Anticipating higher attendance in 2012, VidCon is changing  venues to the Anaheim Convention Center, which hosts BlizzCon and other large conventions.

So is YouTube outgrowing its teenybopper demographic? Maybe the adults are hiding from the cameras, but this Daily Dotter can’t help but wonder where the grownups are.