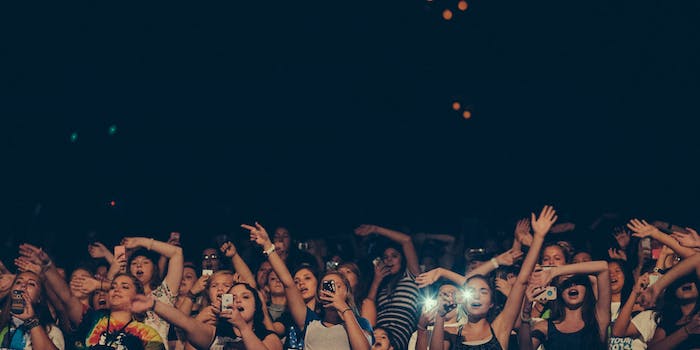 The company known for producing “in real life” events led by digital media stars just hauled in a big payday. Viacom has led a funding round for DigiTour, acquiring a minority stake in the process.

DigiTour did not disclose the size of Viacom’s investment, but the funding round is believed to be worth somewhere in the vicinity of $10 million, according to Variety. As part of the deal, Viacom has gained a presence on the DigiTour board. Other venture capital firms participating in the round include LionTree and Slow Ventures.

The funding round will support DigiTour’s existing operation, through which it runs massive meetups across the United States. Its Digifest events, which give YouTube, Vine, Instagram, and Snapchat stars a chance to perform in front of their biggest fans, have been known to draw as many as 12,500 attendees.

“Partnering with a premiere entertainment company like Viacom and its powerhouse brands is something I have always envisioned for DigiTour,” said Meridith Valiando Rojas, co-founder and CEO of DigiTour, in a release. “We believe that this pairing will lead to opportunities to combine our authentic connection to Generation Z with Viacom’s unparalleled television, film, digital and international resources in order to help accelerate and scale our media brand globally.”

This is not the first time DigiTour has raised some capital. In 2014, it picked up funding from Ryan Seacrest and Advance Publications.