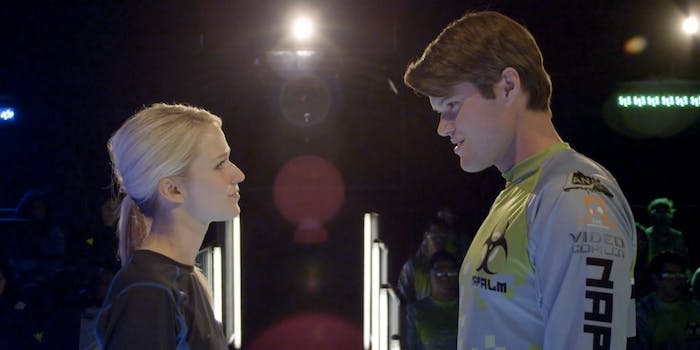 Who wouldn’t want a high school that taught you how to rule at video games instead of algebra? YouTube series Video Game High School imagines that possibility, set in a near-future where esports have become the highest form of stardom, and elite games are trained at the selective Video Game High School.

The series began in 2012, and follows protaginist BrainD who unwittingly gains admittance to the school after defeating a champion first-person shooter on live television. Created in part by YouTuber Freddie Wong and starring his brother Jimmy as Ted, the show returns for its third season Oct. 13, but Rocket Jump Studios has released an action-packed trailer to amp up fans’ excitement.

The third season adheres to the previous seasons’ style of highlighting the typical dramas of high school, as well as live-action gameplay sequences. The race for class president heats up, romance goes public, and corporate sponsorship rears its ugly head. This season will also serve as the finale for the series, closing out the tale in a six-episode arc. The series will take its bow in style, after more than 84 million views, an $800,000+ Kickstarter campaign for its second season, and cameos from the likes of Stan Lee and Chris Hardwick. Season 3 will be no exception, with a cameo from comedian Conan O’Brien already announced, and more sure to come.