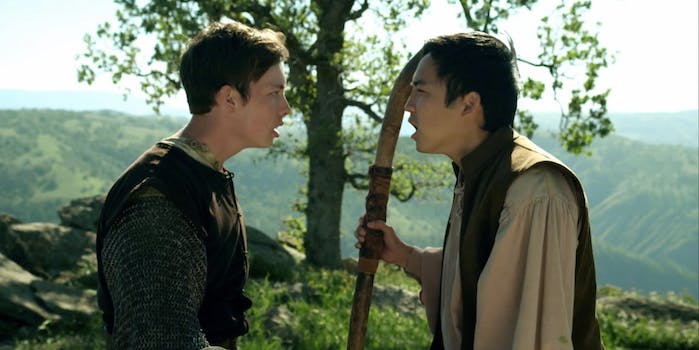 Intrigue, politics, and fragging abound in the first episode.

Video Game High School’s third season blasted onto the scene Monday with a premiere episode that packed explosions, Tony Hawk, and Conan O’Brien all in the first few minutes.

The Rocket Jump Studios and CDS production follows the goings-on of a high school where esports rule and video game prowess determines your social standing. Created in 2012 in part by YouTuber Freddie Wong, this show follows BrianD, who accidentally gains admittance to the prestigious school.

The trailer promised a lot for the final season for the series, and episode one definitely delivers. Video Game High School feels more like traditional television than your typical Web series, with episodes clocking in at 40 minutes apiece without being broken down into seven-minute chunks. The special effects and production are also at a higher level, with Dolby Laboratories announcing a partnership Monday with the program that provided sound mixing and design services on par with feature films and television series. It’s a major step forward for the fate of online entertainment.

The gang celebrated their achievements at the YouTube Space L.A. last week with a fully high school-themed party. Aside from launching a successful season, VGHS picked up several awards at the annual Streamys, including Best Ensemble Cast and Best Directing. The new season is likely to keep it in the upper echelon of YouTube series for the foreseeable future.