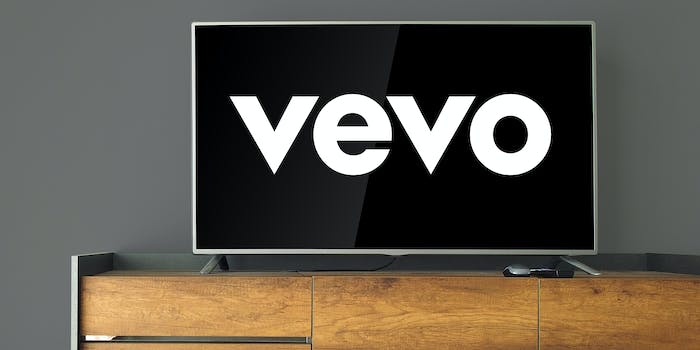 Vevo wants to get people talking about music with Watch Party

For Vevo, the party doesn’t stop at SXSW. Today, the music video platform announced Watch Party, a new feature that lets people collaborate and comment on videos in real time.

During a demo at SXSW, Vevo Director of Product Jose Gonzalez explained that people are on their desktops during the week, and switch to mobile on the weekend. So Vevo focused on making that weekday desktop experience more engaging for fans.

Watch Party is a “co-viewing experience” where you can either start a party from a music video or playlist and invite friends to add videos and chat, or you can go “host mode” and keep the playlist power for yourself. There’s no cap on how many people can join if they have the invite URL, and up to 100 videos can be added to a playlist. Vevo boasts a catalog of 300,000 videos.

Vevo is also talking about getting artists and tastemakers to host Watch Parties.

In April, Vevo will roll out a new homepage design for iOS as well, to build the experience in a more social way, and tailor suggestions to users, a la Spotify. And Vevo is edging into original programming in the next few months, collaborating with Joseph Patel, formerly of the Fader.

Many people consider Vevo just a music video channel on YouTube, but the company is trying to rebrand as its own entity, and a destination for official videos. Last year Vevo set out to “reimagine” its different components, and what its audience wants, with Watch Party as its starting point. Vevo’s Dot Levine says the platform has proved popular for acts like the Chainsmokers; the duo’s lyric video for “Paris” has more than 174 million views, proving that fans are hungry for official content. And while Justin Bieber, Taylor Swift, Adele, and Rihanna are some of the platform’s popular kids, finding new (or obscure) artists and sharing them is the linchpin here.