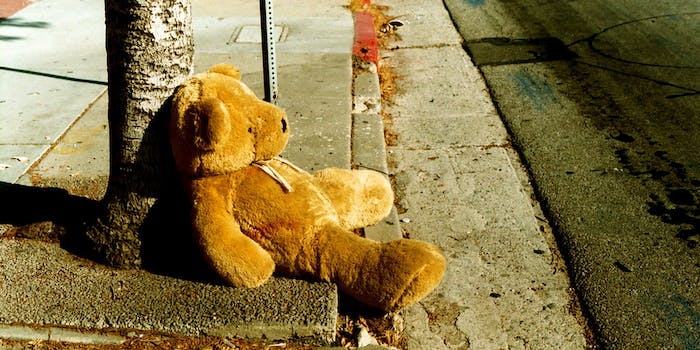 "Quit while you're ahead" doesn't apply if you never were.

It’s common knowledge among authors that responding in any way, shape, or form to an unfavorable review is never a good look—but try telling that to Stephan J. Harper.

Harper, you see, employed the iBooks Author app to create an interactive, Venice-set noir mystery whose characters are all teddy bears. He then glowingly reviewed his work as one of his stuffed characters. So far so good, right? Enter: Michael E. Cohen.

Cohen, as resident iBooks aficionado at the Apple blog TidBITS, took it upon himself to engage with Venice Under Glass, producing a thoughtful if not entirely positive review. No sooner had he dropped the descriptors “workmanlike” and “juvenile,” however, than Harper was gnawing on his ankles in the comment section, quoting his own strained prose at length and demanding to know whether Cohen had actually read the book.

Comparing yourself to two of literature’s great stylists is enough to earn you the contempt of any potential reader, though Harper didn’t stop there: as other commenters piled on, he handed out amazing burns such as: “You didn’t write this book; I did,” “My god, your triviality…do either of you contribute anything to the world of Ideas or Art?” and “[you] never heard the term MultiTouch Fiction until I officially named the genre on May 9th!” The outburst—which remains ongoing four months after Cohen’s mild critique first ran—soon earned him ridicule in writers’ forums, on Reddit, and even in a French newspaper. Nevertheless, Harper continued to spar throughout with rubberneckers who showed up mostly to witness his complete self-destruction; most recently he called Cohen “disingenuous and perverse.”

We have been shocked by how this comment thread has gone viral, and we’ve been watching it closely, because many of the posts have crossed over the line of civility we require of commenters. It was so unusual, though, that we let it grow organically despite the vilification that Harper continually heaped on Michael’s review and increasingly on his person.

Until now. Harper’s most recent abuse-laden post—which I have deleted—drew in details about people in Michael’s personal life that I won’t allow to appear here. There are discussions about this situation elsewhere on the Internet that will undoubtedly continue, but I’m closing comments on this article.

And so fizzles perhaps the greatest meltdown the self-publishing industry has witnessed this year. Harper claims that the controversy has brought his sales numbers up—at just $2.99, you too could own a delusional artist’s masterpiece—but Goodreads tells a different story.