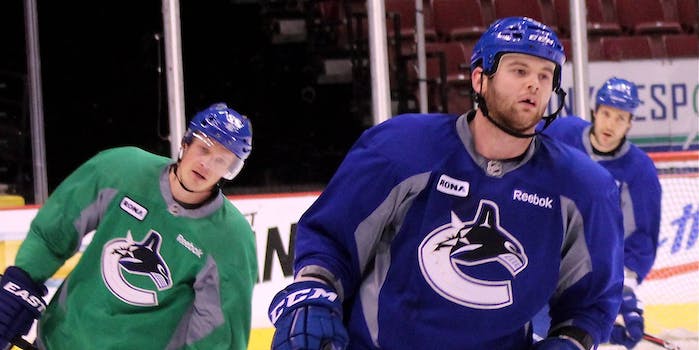 The other teams weren't always as amused.

The NHL is already looking forward to the next season with the release of its schedules a little more than a week after the Pittsburgh Penguins won the Stanley Cup, and one team is making sure all of its opponents have marked the dates in their calendars.

The Vancouver Canucks missed out on the playoffs this year, so it’s been especially eager to get started on the next season. For the Canucks, that involved sending out a “Save the Date” tweet to every single team it’ll play during the 2016-2017 season—all 29 of them—with many of them slapshotting the puns.

. @LAKings – Knuckle sandwiches for everyone! pic.twitter.com/Q0CAPYeHm1

Like any good spontaneous social media interaction, many of the teams responded with their own set of good-natured retorts.

See you guys then! pic.twitter.com/CWP0gHcfR3

@VanCanucks See you there. We'll try not to break anything this time. pic.twitter.com/aEsYaTxn3e

Of course, some of the teams were a little less friendly and the Edmonton Oilers even called the Canucks out for “blowing up our TL.”

Ps. Thanks for blowing up our TL.

Many of the teams’ Twitter accounts didn’t respond to the Canucks’s Save the Date—instead choosing to respond to their opening game rivals—although they might just be waiting for the actual invitations to arrive. You’ve still got four more months to send them, Canucks.