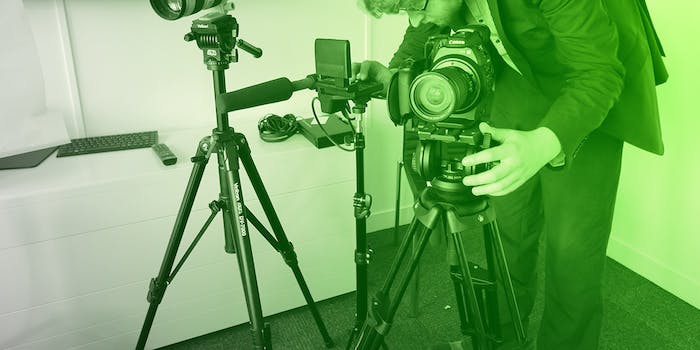 Upworthy ushers in original series, based on data and audience behavior

Another publisher is ramping up its original video strategy. Upworthy, the website that first gained popularity for its politically charged polling topics, is releasing its first video series today, titled Another Person’s Shoes. The docu-style series tackles diversity by giving viewers a unique look into the life of an “underserved person of a different gender, culture, society, sexual orientation, socio economic status,” according to a brief from Upworthy’s team. The first episode highlights Wings of Hope, a nonprofit founded by Joe Demarco that makes 500 flights a year to provide patients with transportation to health facilities across the nation. In many cases, Demarco and Wings of Hope help save lives.

The series appeals to the human interest, very much in the way the early polling topics characteristic of Upworthy did. But that doesn’t mean all of the series Upworthy is looking to produce will be as deeply heartwrenching, though there will be a focus on content that inspires the viewer to make a difference in the world. For Upworthy, video is additive and what the audience is asking for. It’s also a way the company can further expand its footprint on the Internet among the always-coveted millennial audience.

“Upworthy brings an authentic sense of making a difference,” said Croi McNamara, Upworthy’s head of video. “We’ve been doing it for a while, our voice is strong. So we’ll definitley look to have the human angle to drive empathy.” McNamara attributed Upworthy’s remarkable analysis of data as the main informant for what types of video series the company will produce, as she leads a team of 10 content creators and data analyst hybrid execs to produce meaningful video for Upworthy.

“[Upworthy analyzes data] at a level that I think most corporate shops would be envious of. Its something I’m really excited to be a part of and to be able to use as we create content for our audiences,” she added in a phone interview with VideoInk. To start, Upworthy created partnerships and licensing deals as a testing ground for what content would work for Upworthy’s socially conscious and aspirational audience, “riffing on the Netflix model” she said. According to their research and observation, videos that fall within 2-5 minutes are the sweet spot. But that won’t prevent McNamara and her team from testing various storytelling genres, lengths, and formats as Upworthy follows the data to best serve its audience.

“Based on [the data] we knew 2016 was going to be the year for the franchise formats for us,” said McNamara, noting that, like most other companies in the space, this is really a time of learning for them.

As far as distribution goes, Upworthy, which has scaled its audience from five million monthly video views in January 2015 to more than 247 million in March of this year, is not going to distribute content natively to its own platform. The strategy is to go a bit “old school” with its distribution strategy, first releasing the series on its YouTube channel, where McNamara noted the company has a small, but very engaged audience. Upworthy could have a better shot on Facebook where its audience is almost at nine million. But for monetization, YouTube is still where the game is played, McNamara said of their approach.