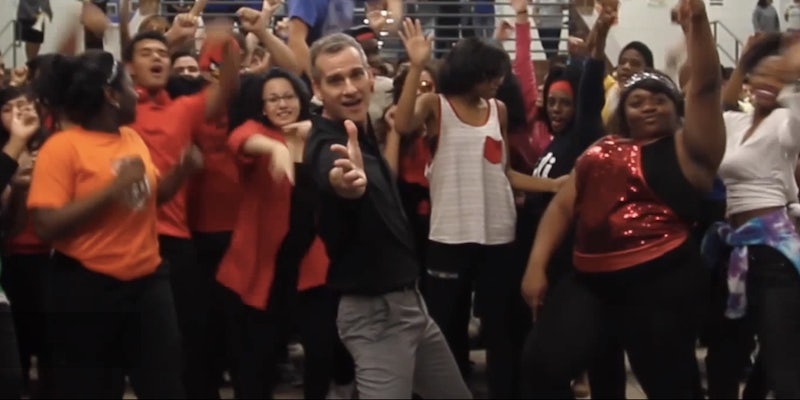 These students shook off the back-to-school funk with a fun project.

If Glee came to life at a Texas high school, it might look like this video of high schoolers dancing to Bruno Mars and Mark Ronson’s newest hit, “Uptown Funk.”

Drama teacher Scot Pankey at Dallas’ A. Maceo Smith New Tech High School spearheaded the number, dancing his way through the school’s halls and meeting up with different groups of students for dance moments in this one-take video. It was shot and edited by students as well.

“I heard the song before Christmas and fell in love with it,” Pankey told the Dallas Morning News. “We are a project-based school—there are only two in the Metroplex—and that means you give the students a project, put them in teams, and they have to come up with solutions. They had three weeks to work on it, then present as a group what they learned.”

Pankey made it the first lesson of the year, and told his six drama classes that he’d participate with them, despite not being a dancer. You can’t really learn more hands-on about the new nature of fame without creating and starring in a viral video. These students all deserve an A+.