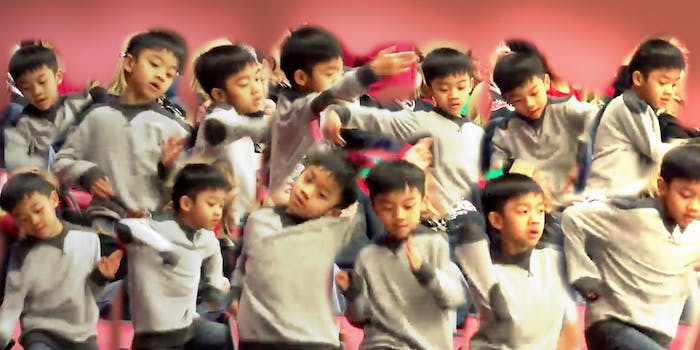 Most adults would find it hard to embrace the 'dance like no one's watching' philosophy on a Jumbotron. Not this kid.

For some people, “Uptown Funk” is irresistible. When you hear the song, you have to dance, and this young Binghamton Senators fan is by far the most adorable example we’ve seen so far.

As soon as Bruno Mars echoes through the arena, this boy starts showing off the kind of dance moves that would shame most adults. He doesn’t even falter once the cameras are trained on him and everyone starts applauding and yelling along. Could he be a star in the making?