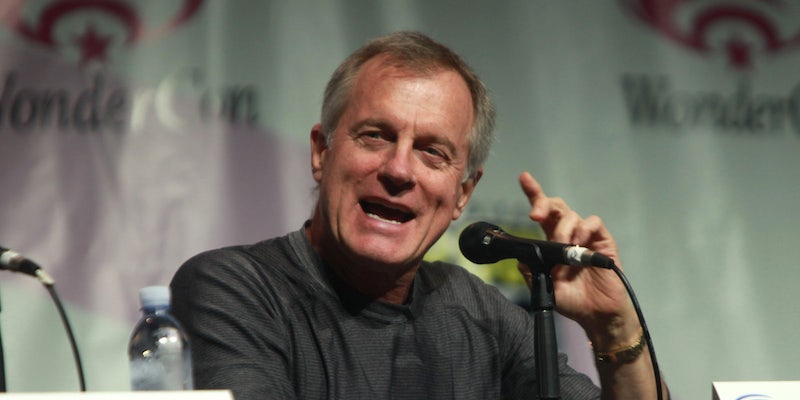 Nothing like labeling an alleged child molester's TV series as Uplifting Entertainment.

In today’s edition of Not The Onion, TV network UP—short for Uplifting Entertainment—evidently thought its audience would find reruns of 7th Heaven uplifting just months after its star Stephen Collins allegedly implicated himself in multiple instances of child molestation.

UP TV had originally pulled its syndication of the series in October just after the allegations surfaced. In an audio tape secretly recorded by his estranged wife Faye Grant during divorce proceedings, a man who is allegedly Collins admits to abusing three different children years earlier. Additionally, in 2012, New York police investigated but were unable to substantiate, allegations by a relative of Collins’ first wife that he had sexually molested her years earlier when she was 14.

Apparently, however, UP only planned to remove the show temporarily, sneaking it back onto the air last month without fanfare. However, when the media confronted the network with the show’s reappearance, the network said it would be pulling the show once again. In an email to E! News, the network explained its logic as, basically, “whoops”:

“We have received a mixed to negative response regarding the show on Facebook and in viewer emails. Clearly, a show that has been a fan favorite series for us has been severely impacted. We brought the show back because many viewers expressed they could separate allegations against one actor from the fictional series itself, as it turns out they cannot. We will be taking the show back off the air.”

It seems as though this was an easily avoidable faux pas, especially given the current climate regarding rape allegations.

While it might have seemed a safe bet to the network that 7th Heaven‘s cheery family-friendly fare would outweigh the allegations against Collins, it clearly proved harder for viewers to overlook the unfortunate implications of his “family man” persona on the show.

At least they weren’t airing The Cosby Show.