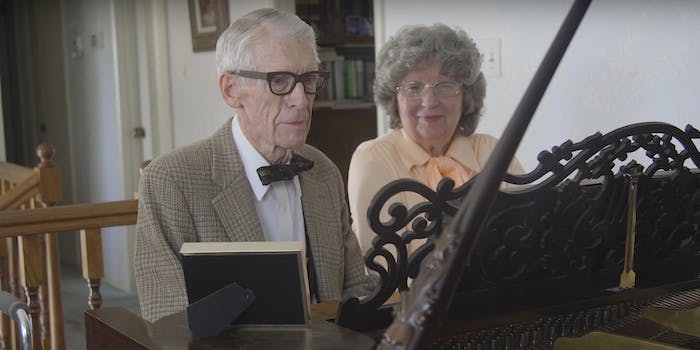 Love is real, y'all.

You know the iconic opening sequence to Up? Where Disney and Pixar pulled the world’s heartstrings with a montage of Carl and Ellie falling in love and growing old together? Well YouTuber Jason Lyle Black has done one better with this video of his 80-year-old grandparents celebrating their 60th wedding anniversary.

Black, whose YouTube channel is normally home to song covers and Frozen piano duels with his sister, arranged the duet for his grandparents as their anniversary present.

“Grandpa and Grandma have played piano duets since they were first married,” Black explains in the video description. “So this will be a family treasure for all of us.”

The video is full of little Up Easter eggs, so keep your eyes peeled for those.