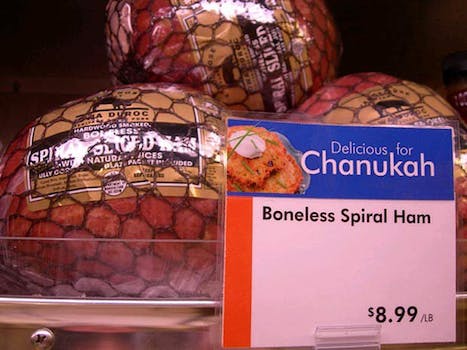 If you really have no idea what Jews celebrate in December, it's best not to brag about it on Twitter.

Happy Hanukkah, everyone! Nearly 2,200 years ago, Judah Maccabee revolted against the Seleucid Empire, reclaimed a holy temple, and lit it for eight days with one day’s worth of oil. Today, we celebrate by lighting the menorah—and shaming people on the Internet who just don’t get it.

Don’t mistake the Jewish holiday, which commemorates freedom from religious persecution in the second century B.C., with a song from The Lion King: 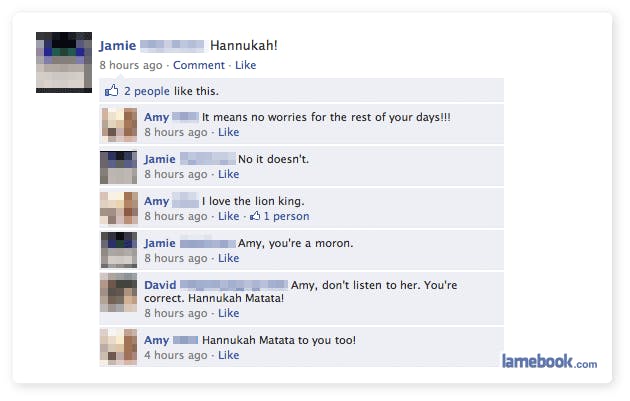 Don’t forget how to spell it. 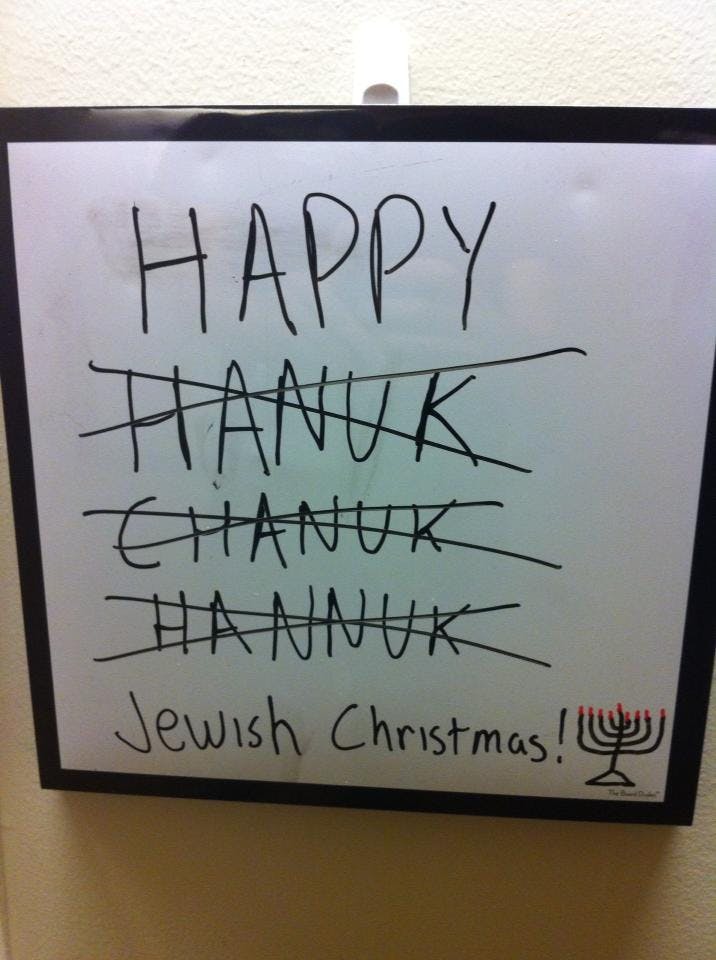 But if you do, just ask Bing: 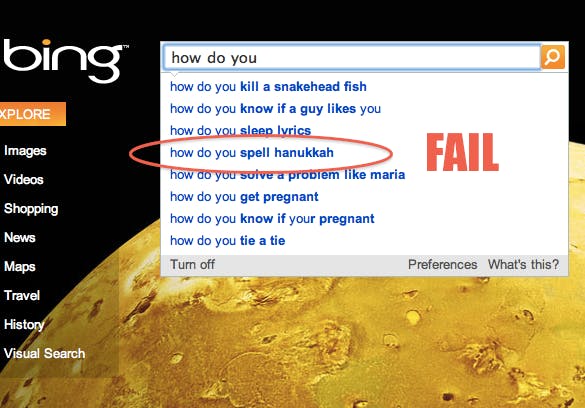 Don’t run out of candles. 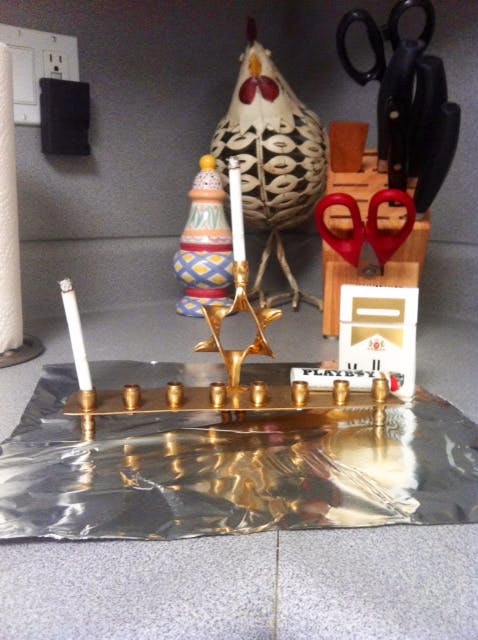 Remember that matzoh is for Passover (in April). While ham may be delicious, this is pretty insulting: 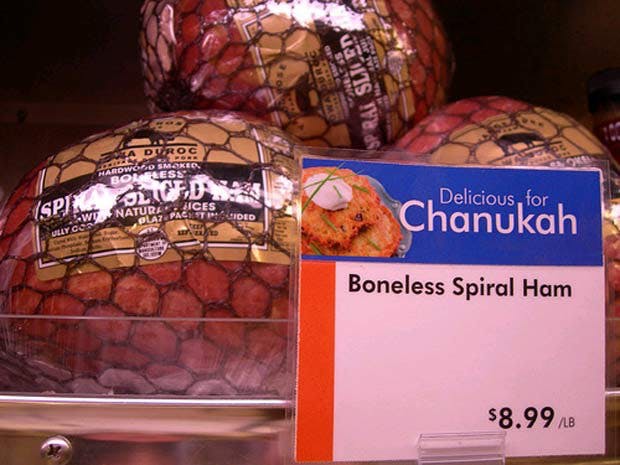 Don’t make stupid jokes about Jews being cheap (especially on a billboard). At least pretend Hannukah is as important as Christmas. 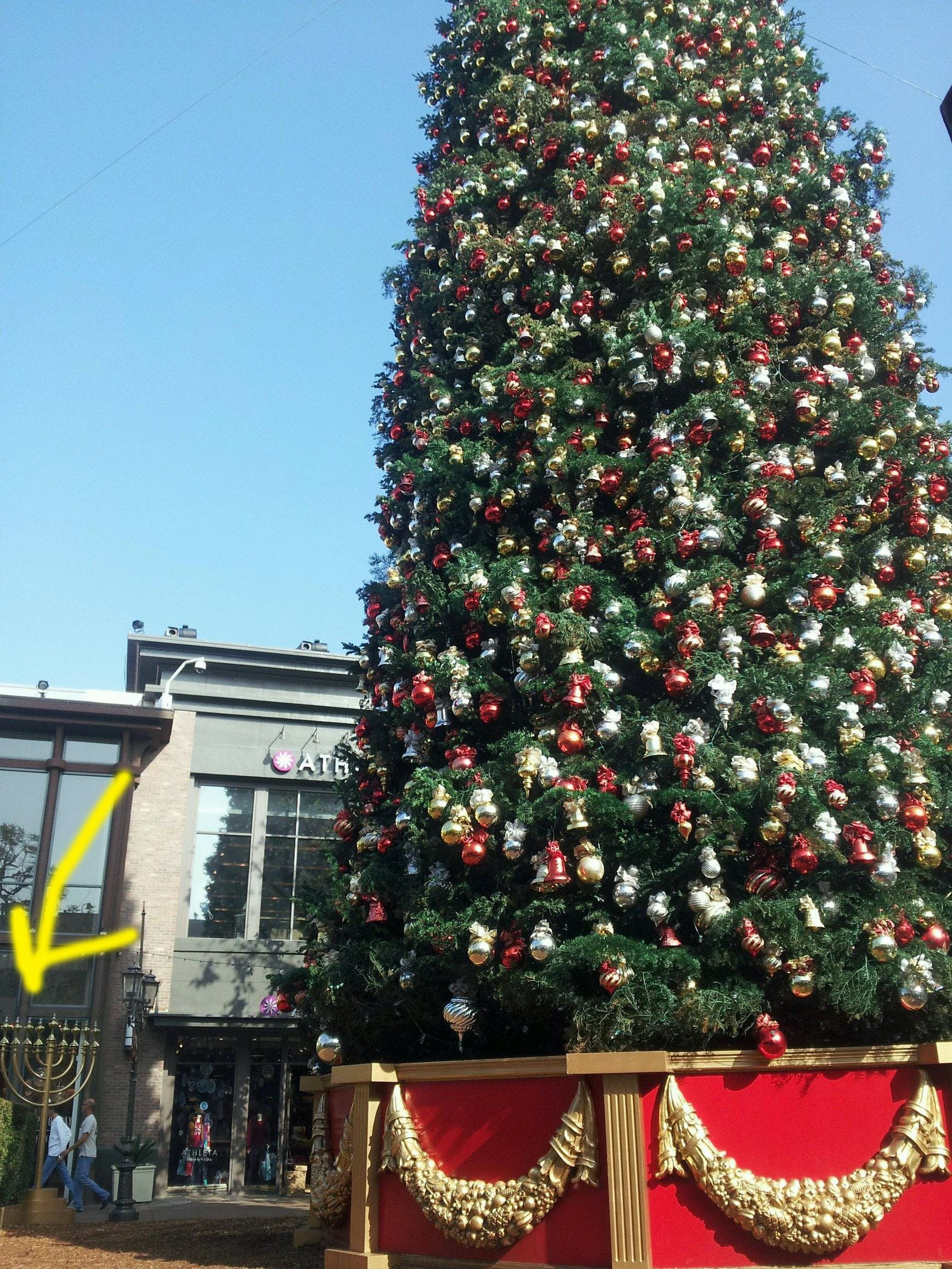 Most importantly, if you really have no idea what it is Jews celebrate in December, it’s best not to brag about it on Twitter: