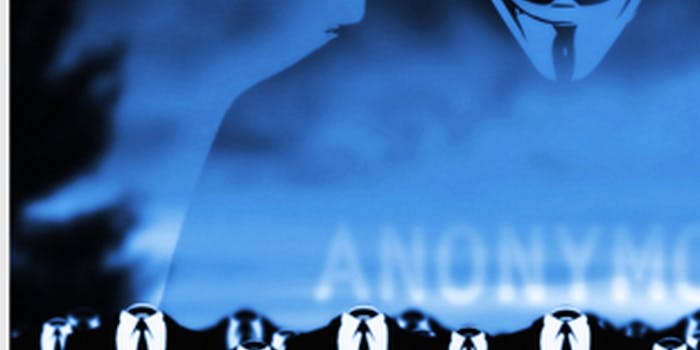 For the second time this week, hackers have successfully shut down UFC.com, the website of the Ultimate Fighting Championship, a mixed-martial-arts sports league.

It’s the latest round in a fight that started Sunday, when UFC executive Lawrence Epstein wrote an editorial in the the Las Vegas Review-Journal. In it, Epstein referred to people who watch pirated video streams of UFC fights as “criminals … skulking behind their computer screens” and expressed his support for two widely-disliked pro-copyright bills, the Protect IP and Stop Online Piracy Acts (better known as PIPA and SOPA).

Later that day, the hacker group UgNazi rerouted UFC.com, sending its visitors to their own site.

UgNazi and its leader, JoshTheGod, have been active lately in fighting supporters of the widely hated SOPA. Earlier this month, JoshTheGod released personal data of Rep. Lamar Smith, the chairman of the House Judiciary Committee, which oversaw early drafts of the legislation.

On Thursday, notably brash UFC President Dana White gave a video interview on MMAfighting.com. He taunted the UgNazi hackers, referring to them as “terrorists.”

“You have a lot of people … that are terrified of the Internet,” he said. “I’m not afraid of the Internet. It’s a place where cowards live. Do it again. You don’t scare me.”

White maintained that because the hackers had merely redirected requests for the website to another server, UFC fans’ data was secure. “Nobody’s stuff was compromised,” he said.

Later that day, JoshTheGod released what he purported was White’s personal information, including his home address, criminal history and social security number.

White retorted that the hackers had failed again. “Most of it is my dad,” he said on Twitter. (White has the same name as his father.)

In a statement released today, JoshTheGod defended his actions: “Just wanted to let everyone know that we were done with UFC after the first ‘hack.’ @DanaWhite is the one who challenged us to ‘do it again.’”

“The whole idea of our attack in the first place was to bring attention to SOPA, PIPA, and ACTA,” he wrote, eferring to the Anti-Counterfeiting Trade Agreement, an international treaty which is seen as having similar pro-copyright, anti-Internet goals as SOPA and PIPA.

“Also, for the record, nothing we did was illegal. From the website jacking’s to the SSN on @danawhite, it’s all public,” he wrote.

Finally, today, the hacker s3rver.exe, with help from a few other members of Anonymous, defaced UFC.com, installing Anonymous logos on its front page and recording a video of the process.

UFC.com is back to normal now, but s3rver is still defiant.

“You might beat me in real cage fight but I can own your ass in a Web cage fight,” he tweeted to White.