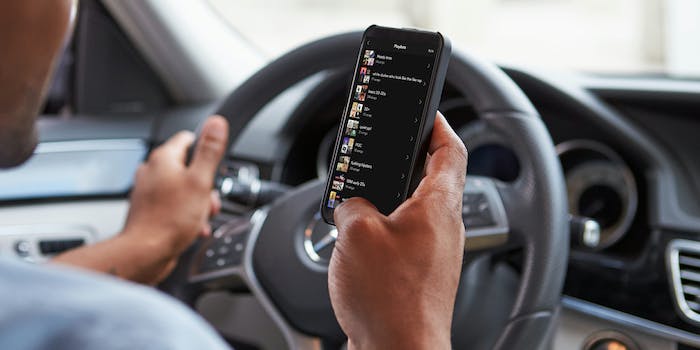 Uber driver has a Spotify playlist for every type of passenger

Which one are you?

Driving for Uber or Lyft can be a stressful experience. You never know who will get in your car or what state they’ll be in. But one rideshare driver has figured out a way to get people on the level, and it involves personalized playlists based on people who might step (or stumble) into the car.

So I just started driving for uber and Lyft and I’ve been getting a lot more compliments on my music since generalizing my passengers by 1 of these 11 playlists pic.twitter.com/WhX1O5wZ4b

This trade secret might seem reductive, or like it’s bound to bring out trolls, but the people in driver TJ Jones’s mentions have been pretty positive. Some truly see themselves mirrored in the “fucking hipsters” (Neutral Milk Hotel, Belle & Sebastian) or “heady bros” (Nirvana, Tame Impala) playlists. Even the “quiet ppl” (The Blow, Frankie Cosmos) feel seen. People have also been digging into Jones’s other Spotify playlists, which includes a Fall Out Boy best of.

i want an uber driver who will play that quiet ppl playlist while we ignore each other https://t.co/skzJFbBgU1

There were even shoutouts from Fall Out Boy and Spotify.

if you don't give @TEEJUS___ ⭐️⭐️⭐️⭐️⭐️ based on this playlist alone, you're doing it wrong https://t.co/c5J6sKkzoV

When Twitter exposes ur uber and fall out boy playlist on their moments page pic.twitter.com/6LiL3O7A30

Jones told the Press Association there’s even some soft data from the playlist experiment: “I have noticed that people who leave the best tips also complimented my 30+ playlist during the ride, which turned out to be more of a 40+ kind of playlist.”

You can check out the playlists here.