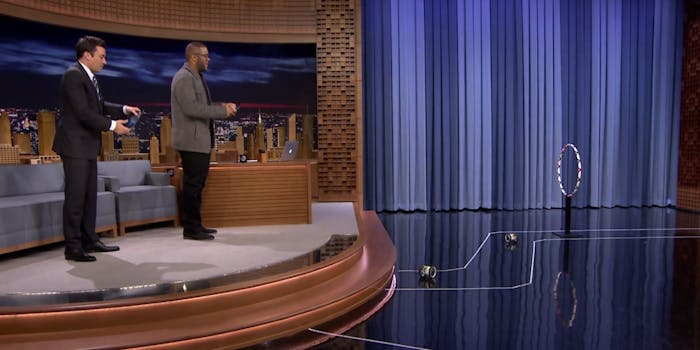 May the best drone win.

May the best drone win.

Tyler Perry might be a polarizing figure on the Internet, but he managed to show off his geekier side and charm The Tonight Show audience Tuesday night. He has a history of displaying his love and obsession with remote controlled toys, so Jimmy Fallon presented him with a new toy to play with.

Not those drones, but rather a couple of jumping drones that you control with an iPad.

Squaring off in a race around the studio, there’s plenty of failure, crashes, and even some successes. It might be more a chance to show off than an actual race, but damn these look fun.